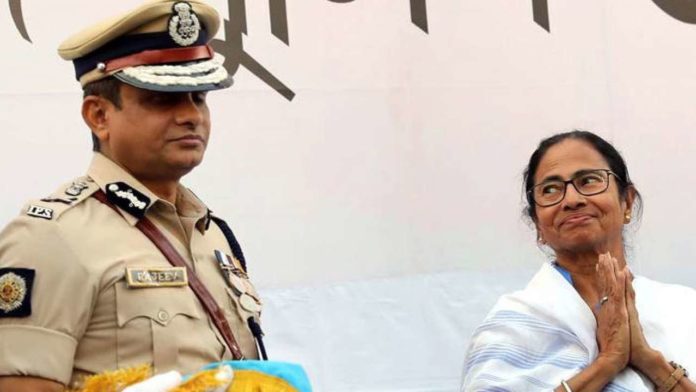 The Calcutta High Court on Monday extended the interim protection from arrest by a week to Former Kolkata Police Commissioner Rajeev Kumar in connection with the Saradha Chit Fund Scam. The Order was passed by Justice Madhumati Mitra. Earlier the Court had extended his protection till July 22.

However, the petition filed by former Kolkata Top Cop Rajeev Kumar was earlier expected to be taken up by Justice Asha Arora on July 17.

He had earlier knocked the court seeking to junk the notice served by the Central Probing Agency, CBI, asking to appear before it in a multi-crore scam.

A Lower Court of Kolkata had earlier dismissed the plea filed by Kolkata Top Cop seeking protection from arrest in an alleged scam. The Lower Court suggested Rajeev Kumar to approach the Higher Court to get an ‘appropriate remedy’ for the same.

Rajeev Kumar, who headed the Special Investigation Agency who probed the Saradha Chit fund, has been accused of tampering with the evidence in the case.

Rajeev Kumar, Police Commissioner of Kolkata came into limelight after the CBI Officers landed into West Bengal on Feb 3 to questioned him that led to a standoff between Mamata Banerjee-led West Bengal Government and Bharatiya Janata Party-led Central Government.

It should be noted that the top court had on May 17 lifted the interim protection granted to him earlier and given him a seven day time to take appropriate legal remedies.

The Central Bureau of Investigation has accused Kumar of tampering with the evidence in the chit fund scam to shield powerful politicians.