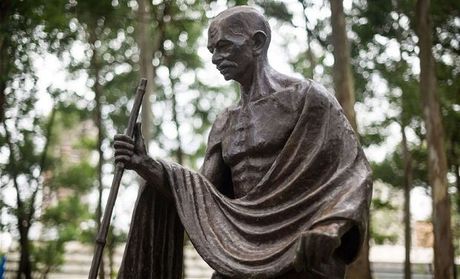 Central government ministries have started planning for a grand celebration of Gandhi Jayanti. Ahead of the 150th birth anniversary of Mahatma Gandhi on October 2, ministries are picking up the momentum to create large-scale awareness about single-use plastic.

Prime Minister Narendra Modi chaired a high-level executive meeting on Friday to plan for the commemoration of the ‘father of the nation‘. The event at Sabarmati riverfront in Ahmedabad on the day will also see the release of commemorative stamps and coins to celebrate the contribution of Mahatma Gandhi.

A statement released by the government said that there will be an awareness program from September 11 till 1 October. 4,000 towns and 6 lakh villages are expected to see the preparation for collection and disposal of plastic waste. National handicrafts fair on the theme of Gandhi would also be organized from October 1 till 15.

On the day of Gandhi Jayanti, On October 2, a countrywide “shramdaan” for plastic waste would take place in all the gram panchayats, urban local bodies, schools, etc. It is also expected that around 1.5 lakh cyclists will take part in Cycling programs that would be held across the country in October.