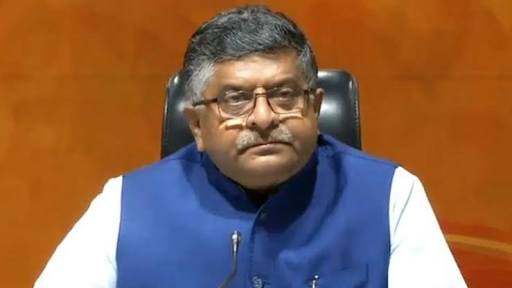 On Thursday, Ravi Shankar Prasad, Minister of Electronics and Information Technology informed the Rajya Sabha that the Central government has asked for a CBI inquiry in the data breach case against the British data analytics firm Cambridge Analytics. The Union Minister said that his ministry has sent a notice to the CBI demanding an investigation against the British firm for violation of IT Act and IPC.

Prasad said, “The government had asked for a reply from Facebook and Cambridge Analytica after the case of data breach emerged. Facebook had come up with rectification measures however, CA had initially said no Indian data was breached. On our subsequent enquiry, they have not given a satisfactory reply. This makes us doubt that they may have been involved in illegally obtaining data of Indians. We have handed the case to CBI.”

The British firm is accused of being responsible for the alleged  Facebook data breach of Indian users, revealing personal user data.

Prasad also said on the issue of “action on misuse of social media and fake news”, the centre has “entrusted the issue to be investigated by the CBI for possible violation of Information Technology Act, 2000 and IPC”.

The IT Ministry also acknowledged the spread of fake news and hate messages through WhatsApp which have led to incidents of mob lynching in the country. They ensured that the government is taking prompt actions to curb such instances. WhatsApp has also limited the forward messages to five and highlighted the word when it is a forwarded message.