The Indian Wire » News » Chandni Chowk undergoing renovation; to have a new look by 2020 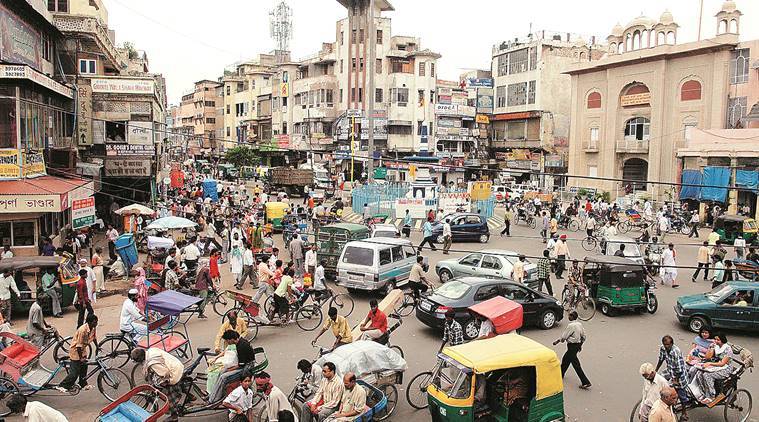 By March 2020, Chandni Chowk will undergo a complete makeover.

NEW DELHI: A redevelopment project is soon to transform one of the oldest and busiest markets in the national capital. Chandni Chowk, located in the heart of the city is looking towards a car-free future. The Delhi government’s ambitious 65-crore Chandni Chowk redevelopment project is underway. With a 12-metre sample already in place, the project has become the talk of the town.

According to an Indian Express report, Local shopkeepers in Chandni Chowk marvel at the sample of New Chandni Chowk as they click pictures to show their relatives the latest developments in the area. “Namumkin ko bhi mumkin kar diya hai,” said a 38-year-old shopkeeper. After a 15 year delay the redevelopment project doesn’t seem like a distant dream anymore.

No cars, pathways lined with trees, and red sandstone benches — by March 2020, a 1.3-km stretch in Chandni Chowk will sport a new look. The Indian Express explores how a redevelopment project is updating one of Delhi’s busiest and oldest markets.https://t.co/QEvXApZfse

The idea of transforming Chandni Chowk first came up in 2004. The Sheila Dikshit led Congress government even set up the Shahjahanabad Redvelopment Corporation (SRDC). However, the redevelopment project did not take off for a decade.

Last year, Deputy Chief Minister Manish Sisodia launched the project in December. Shopkeepers and residents of the area were on board with the project. Then, the digging began.

A year before the project was launched, architect Pradip Sachdeva joined as chief architect. “What do Mall Road in Shimla, MG Road in Gangtok or the area near the Golden Temple have in common? They are car-free zones. I think this is the most important aspect of the redevelopment of Chandni Chowk,” he said.

Sachdeva said, “Of the two lanes meant for rickshaws, one can be used for emergency services like the ambulance, fire tenders or police vehicles. The lane can also be used for religious processions.”

The area being car-free received mixed reactions from the shopkeepers. A number of them believe that it would hamper their businesses. Anuj Lal, a worker at one of the shoe stores in Chandni chowk said, “Hopefully parking facilities will be provided, otherwise where will people park? I fear businesses will suffer because a lot of shoppers are used to bringing cars to the doorstep of the shops.”

Trader Ravi Kumar Jindal, who runs an electrical shop, is hopeful that the 1.3-km stretch will be more peaceful than the rest of the Old Delhi. ‘The noise pollution will go down considerably, and one will be able to enjoy work and sit outside the shops,” he said.