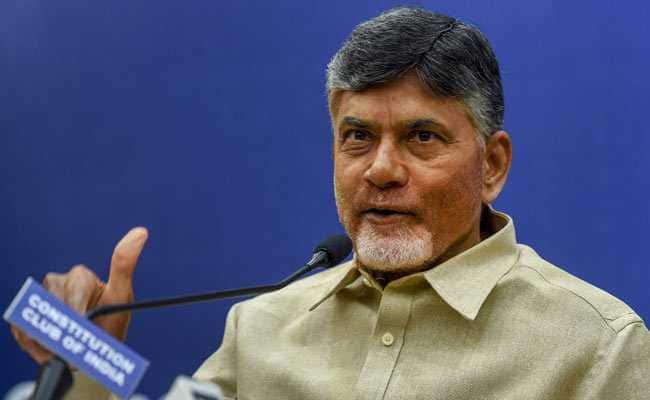 Addressing a gathering at the dam site, Naidu said that the project is the source of pride in view of various achievements associated with it. The Chief Minister addressed farmers after launching the erection of the first gate of the multipurpose national Project at Polavaram.
He said the project will be completed by 2019 (whose 63 percent work is done) and will cause no problem to Telangana and Odisha.

He had personally inspected the project works 29 times and conducted a virtual review for 83 times. Despite opposition party’s false campaign, the State government was able to complete 63 percent of project works so far, he said.

Naidu as quoted saying by ANI, “Today we have started erecting radical gate for Polavaram project. We are building this project in a very short span of time. As of now, 63% of the works are finished”

Andhra Pradesh CM N. Chandrababu Naidu: Today we have started erecting radical gate for Polavaram project. We are building this project in a very short span of time. As of now, 63% of the works are finished. (24.12.18) pic.twitter.com/I26RCJIn3X

N Chandrababu Naidu also drew attention to the KCR and Naveen Patnaik meeting. “During their meeting in Bhubaneswar yesterday, Patnaik and KCR discussed steps to stop the Polavaram project works. I don’t understand why they are trying to block the project that is the lifeline of Andhra Pradesh,” CM Naidu said while addressing farmers in the dam site.

KCR and Naveen Patnaik met on Sunday in Bhubeshnehwar.

The project will never be completed if it gets stalled for any reason, said Naidu while pleading to Naveen Patnaik not to pursue with the court cases on the Polavaram Project.

He has also attacked Prime Minister Narendra Modi for showing zero interest in Polavaram Project. He visits every project in Gujarat but has shown no interest to visit Polavaram even once though it was the biggest one being built in the country. On top of it, the Centre is also not releasing funds for the project,” CM Naidu said.