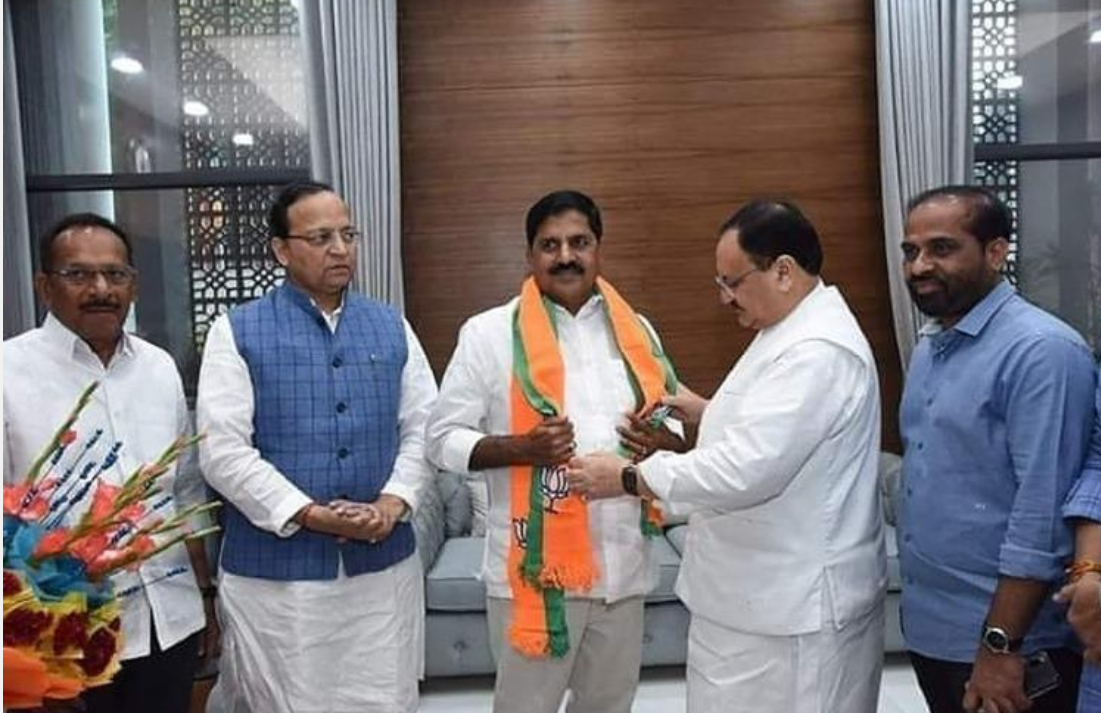 Former TDP leader had resigned from his party in the previous month on September 12. He was a three-time MLA and a former minister in the previous Naidu-led government in Andhra Pradesh. He was elected thrice from the Jammaladugu constituency of the Kadapa district in the state since 2004.

He was earlier with the Congress party but he later switched to the YSR Congress Party. In 2014, he won on a YSRCP ticket but defected to TDP. Then in 2019, he contested from Kadapa Lok Sabha constituency but lost the election to the YSRCP’s YS Avinash Reddy.

BJP’s national general secretary Arun Singh was also present on the occasion of Reddy’s induction. Reddy praised the ruling party’s strong decisions like abrogation of Article 370 and abolition of triple talaq which was taken in the national interest of the country. He also said that he was deeply influenced by the policies of Prime Minister Narendra Modi.

As quoted by ANI, he said, “I am very happy that I have joined the BJP. The party believes in one nation, one constitution and is committed to developing the country in all aspects especially in Andhra Pradesh and Rayalaseema region. I praise them for taking steps like abrogating Article 370 and abolishing triple talaq.”

Previously, it was also speculated that Reddy might join the YSR Congress Party.