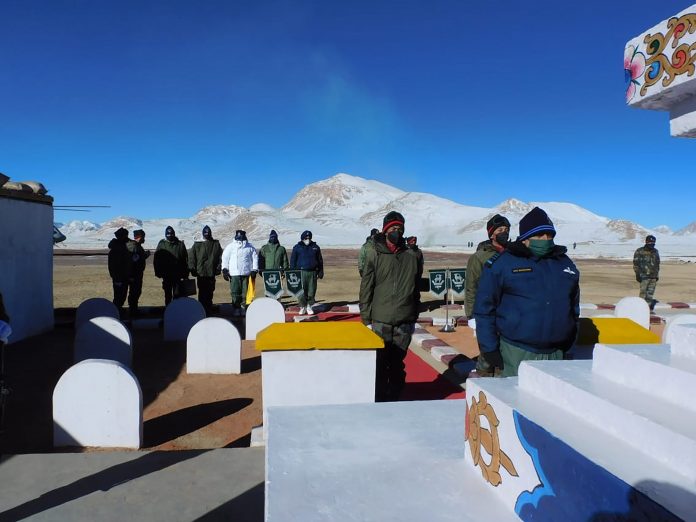 Ladakh: Amid the border tension between India and China, Air Chief Marshal RKS Bhadauria, Chief of the Air Staff, the Indian Air Force undertook a visit to Air Force Stations and Advanced Landing Grounds in Ladakh on Monday.

During the visit, CAS interacted with field commanders and was briefed on the op preparedness and status of deployed forces at air bases as well as in the forward areas. He also interacted with IAF and Indian Army personnel deployed at these locations.

Indian Air Force took to Twitter and wrote, “CAS visited bases and ALGs in the Ladakh sector including those and Nyoma. He reviewed the status of deployments and interacted with personnel deployed in forwarding areas. During his visit to DBO, CAS laid a wreath at the war memorial and paid tributes to the fallen braves.”

Also, an Indian Army official Twitter handle tweeted, “General Bipin Rawat, CDS, is on a two-day visit to Ladakh to review the security situation in Eastern Ladakh. He was briefed on the prevailing operational situation and preparedness by GOC Fire and Fury Corps.”

As per the defense ministry, during his visit, he reviewed the ongoing logistic operations for support and sustenance of troops in the winter season. He also visited DBO and Nyoma ALGs where he was given a security overview in the respective sub-sectors. At DBO, CAS laid a wreath in homage to the fallen heroes. Before his departure, CAS joined the CDS for a comprehensive discussion on operational matters with senior IAF and Indian Army Commanders at Air Force Station Leh.

The CAS conveyed his deep appreciation for the exceptionally high levels of morale and dedication with which all personnel continue to maintain operational preparedness; despite the harsh weather and inhospitable terrain. 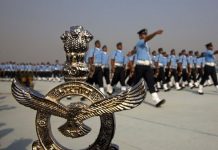