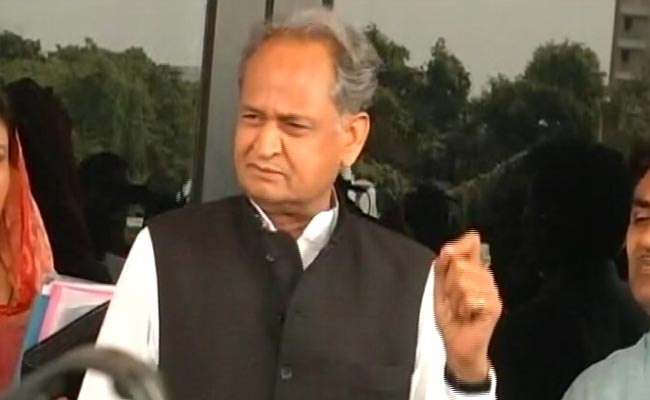 Apprising media about the new vision of the Rajasthan government on Tuesday, Chief Minister Ashok Gehlot said that his government is in the process to bring out a framework to provide ‘Right to Health‘ to people of the state. He also said that the government aims to bring the right to health in the state to ensure that every citizen remains healthy. He also hopes that this move will further encourage the entire nation.

The comments from the Congress leader came when he was flagging off a run as part of the “Nirogi Rajasthan” campaign. The Congress government has completed its one year in the Rajasthan state. The leader also shared many of the highlights of his announcements over Twitter. He promised to fulfill all the promises made in the manifesto.

The Chief Minister also launched the “Krishi Gyan Dhara Programme” on the occasion for educating the farmers about the latest agricultural techniques.

As quoted by ANI, he said, “We started the celebration of one year of our government with a run for the Nirogi Rajasthan campaign. In the next three days, we will discuss problems people are facing and the ways to tackle them. The campaign is aimed at conveying a message to people to take care of their health and have a healthy lifestyle.”