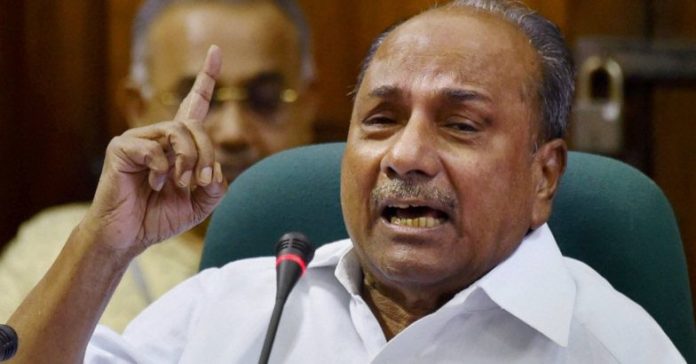 After a serious meeting with the Congress interim President, Sonia Gandhi over the discipline issues of the party leader, Madhya Pradesh Chief Minister Kamal Nath apprised the media on Sunday that the matter will now be handled by a discipline committee. The head of the committee will be former Union Minister AK Antony.

Kamal Nath, as quoted by ANI, said “We have discussed the political situation of Madhya Pradesh. She has expressed concerns over issues of indiscipline in the state. The matter has been handed over to Congress’ discipline committee president AK Antony. Whoever has a complaint can approach him.”

Previously, Congress General Secretary in-charge of Madhya Pradesh Deepak Babariya also submitted his report to the party chief stating the internal fighting among the state unit. It has also been reported that Jyotiraditya Scindia’s supporters are not happy with Kamal Nath and former Chief Minister Digvijaya Singh. The race for topmost post in the state’s unit is seen to be the bone of contention.

It is expected that the committee headed by AK Antony will submit its report by next week. All the onus of responsibility regarding dictionary matters in the grand old party now rests on AK Antony’s views.