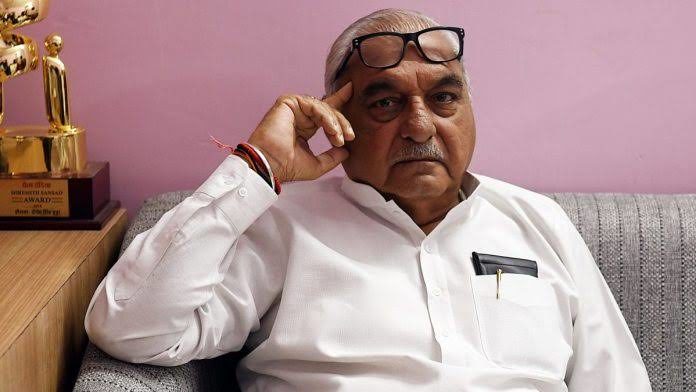 Bhupinder Singh Hooda has also been made the Leader of Opposition in the Haryana assembly.

As quoted by ANI, he said, “A resolution was moved by Hooda that Sonia should appointed CLP leader. Our observers met party MLAs after which Sonia Gandhi appointed BS Hooda as Leader of Legislature Party. He will also be the Leader of Opposition. This is a good combination Kumari Selja as the PCC president and Hooda as CLP leader”.

Speaking further, Ghulam Nabi Azad pointed at some irregularities in the counting of votes in the recently concluded polls. He said that his party could have secured victory on 7 or 8 more seats but the government went for recounting and got them in their favor.

Previously the MLAs of Haryana were supposed to elect the leader but as they failed to elect a leader on their own, they called on Sonia Gandhi to give her decision. It was reported that the party had proposed two names, that of former chief minister Bhupinder Singh Hooda and former Congress Legislature Party leader Kiran Choudhary. The proposal of these names, therefore, created tension between the supporters of each group.

In the elections, Bhartiya Janta Party secured victory on 40 seats, falling six short of a clear majority. However, BJP formed the government by allying with Dushyant Chautala-led JJP which won on 10 seats in the state. The saffron party also received the support of a few independent candidates.

Congress could only secure the win on 31 seats in the state.