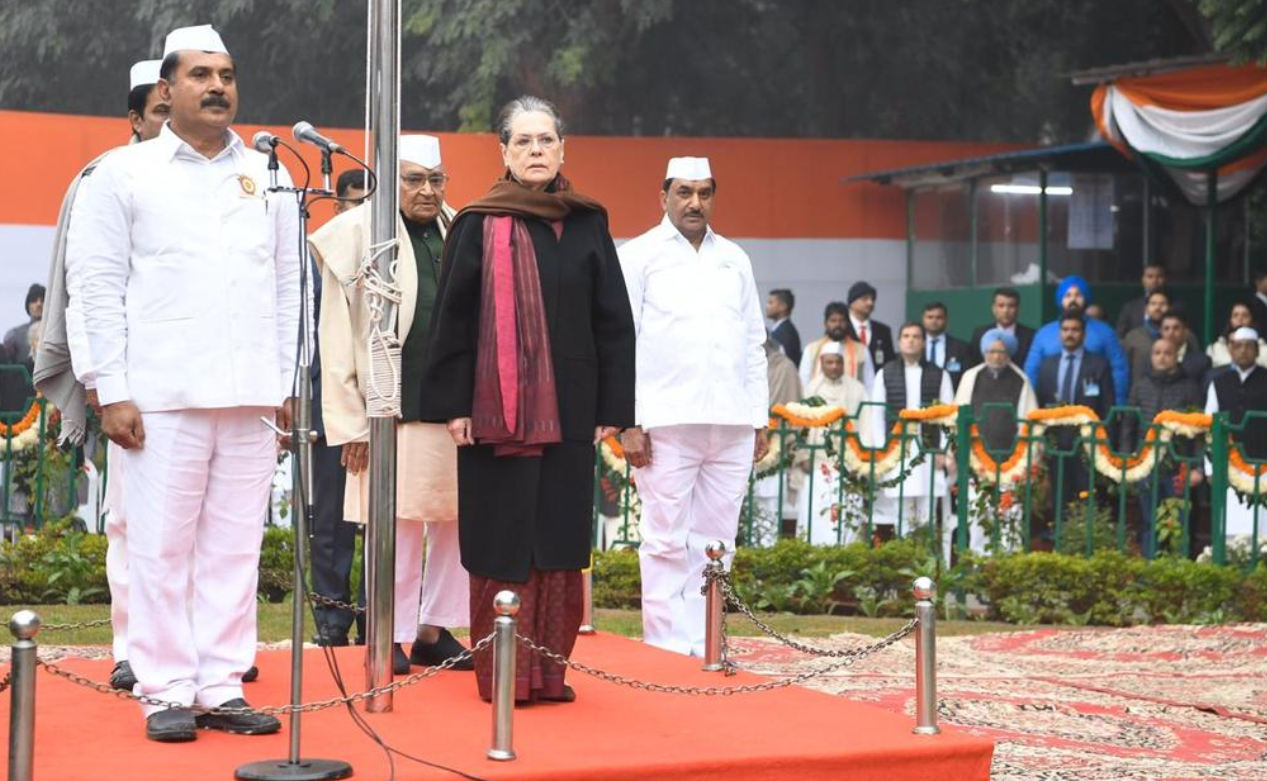 On its 134th foundation day on Saturday, the Congress party celebrated the occasion with re-iterating party’s ideals throughout the nation.

The Mumbai rally was carried to spread the message of ‘Save Constitution-Save India‘ against the Citizenship (Amendment) Act (CAA) and National Register of Citizens (NRC).  In the protests, party leaders were spotted carrying flags of the party and placards that read ‘Save Constitution-Save India’. Slogans in support of party leaders Sonia Gandhi and Rahul Gandhi were also shouted along with the criticism of CAA and NRC legislation.  The protest rally saw its culmination near the Girgaon beach.

Congress leaders who participated in the rally said that the ruling Bharatiya Janata Party government is destroying the Constitution. Speaking further, they slashed the contentious provisions of NRC and CAA, terming it as anti-Muslim and anti-poor.

On the foundation day of the party, Rahul Gandhi addressed a rally in Assam’s Guwahati region while his sister and Congress general secretary Priyanka Gandhi Vadra participated in a party’ working members meeting at Lucknow.

The Indian National Congress was founded in 1885 by Britsh official Allan Octavian Hume. The 1st session that took place in Bombay was presided by WC Banerjee. The party was formed to provide political leaders, people, and journalists to share the common aspirations of a united India. Around 72 journalists took part in the 1st foundation day of the party.

Lord Dufferin was the existing Viceroy when the congress party took birth.