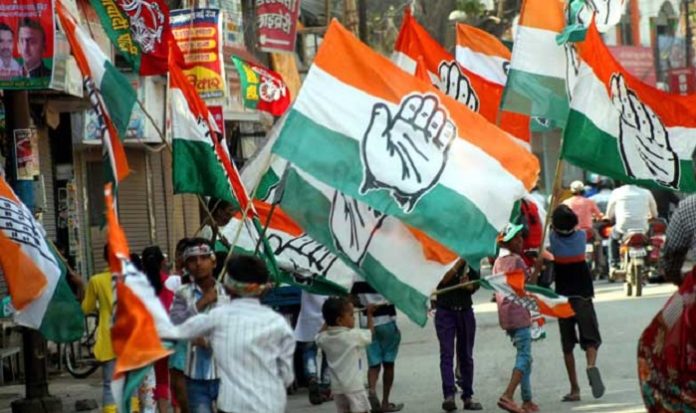 To raise people’s concern against the ruling BJP-led Central government, Congress party has decided to hold “Bharat Bachao Rally” which will be held at Ramlila Maidan on November 30. The announcement came from a press gathering. Senior leaders Ashok Gehlot and Ahmed Patel were also present.

A joint meeting of AICC leaders and state heads of @INCIndia was held today to discuss the upcoming agitation programs against the disastrous economic policies of @narendramodi Govt. It was decided to hold a massive rally “Bharat Bachao" in Ramlila Maidan, on Nov 30th. pic.twitter.com/6s9U8hGfc6

It is expected that the rally will be organized to attack the policies of the Central government. As quoted by ANI, general secretary KC Venugopal said, “It will be a massive rally to highlight anti-people policies of the central government and people-oriented issues. We have decided to hold the rally on November 30 at Ramlila Maidan in Delhi. It has been decided to name it as ‘Bharat Bachao Rally’ because the people are suffering.”

Earlier, the party has also convened a meeting of prominent members of the party that included AICC general secretaries, in-charges of states, and department heads along with state Congress chiefs and leaders of the legislative party. It has been reported that the program will be held in almost 60 percent of the nation.

Venugopal further added that the agitation will be held before November 25 in most of the country. As quoted by ANI, he said, “That is why our agitation has been successful all over the country because the sentiments of people are with us now. We will continue the agitation more intensely.” The demonstration will see the party cornering the government around the issues of ‘economic slowdown, farmers’ distress, and rising unemployment.’

The party is also thinking of inviting the like-minded parties to the rally to increase the effectiveness of the program.