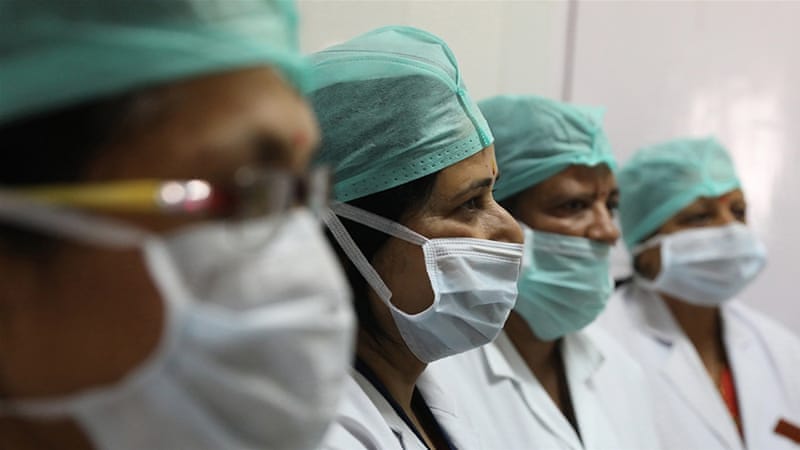 With 138 new cases and three deaths getting reported from the national capital in the last 24 hours, the total number of coronavirus cases in Delhi rose to 2,514 on Friday, while the death toll from the dreaded virus went up to 53.

As many as 49 people have been cured of the infection in the last 24 hours, according to the Delhi Health Report. A total of 857 patients have recovered from coronavirus so far in Delhi.

Three deaths have been reported in the last 24 hours, of which two persons were above 60 years of age and one between the age of 50 and 59 years.

Among the total 53 deaths reported so far, over half (29) were aged 60 years or above. The age category of those below 50 years has reported 10 deaths so far, while those between 50 and 59 years have reported 14 deaths.

Among the deceased, 45 people (85 per cent) had other serious diseases as well.

The report said that as on Friday evening, nine patients were on ventilator support, while 29 were admitted to the ICU.

There are three levels of coronavirus care in the city for those having no symptoms, mild symptoms or critical patients — Covid Care Centre (CCC), dedicated health centre and dedicated hospitals, respectively.

Across the city, there are eight Covid Care Centres housing 880 patients, the Health Department said.

While the CCC formed in DDA flats in Narela has 415 (highest) patients, the one in Mandoli has 195 patients.

There are two Covid-19 Health Centres having 75 patients. Delhi has nine Covid-19 hospitals having 481 patients.

“LNJP has the highest number of Covid-19 patients — 139 — among all the hospitals,” the Health Department added.

The positive cases in the city are increasing at a rapid rate since the last 25 days. The total number of positive cases in Delhi was 97 with two deaths on March 30. By April 10, there were 903 cases with 14 deaths.

So far, Delhi has set up 92 containment zones across the city.

“Across the red zones, 233 people have tested positive while 1,854 people were tested negative. A total of 3,273 reports from the containment zones are pending,” the Health Report said.

Daily house-to-house surveillance and sanitisation of areas under the containment zones are being carried out on a regular basis.

Meanwhile, Union Health Minister Harsh Vardhan held a meeting with all the states via video conferencing to review the public health measures being undertaken by them.

Delhi Lt. Governor Anil Baijal also held a meeting on Friday to discuss the measures to contain the Covid-19 outbreak in the containment zones.

Also, the Principal Secretary (Health) chaired the first meeting of the committee constituted to frame an SOP for addressing the safety issues on the functioning of medical professionals.