Since last year, the CRPF has lost a number of its men in Maoist attacks in Chattisgarh. Last week the 7 Naxals who were involved in the  Kistaram MPV attack, in which  9 Jawans were killed, were arrested.

The seven were found in the search operation in Kistaram, 500 Km from Raipur. The operation was a large-scale one involving the district police, the Special Task Force and the CoBRA unit (Commando Battalion for Resolute Action). It takes these many people to find a group of seven. The CRPF has been persuading the government to give it ‘technical surveillance’ powers. These powers will enable the CRPF to obtain independent real-time intelligence so that counter-insurgency operations can be conducted. This will prevent the loss’ of many Jawans’ lives.

The CRPF is currently dealing with mounting insurgency in Jammu and Kashmir and 10 left-wing extremism affected states in the North-East. The Force relies on intelligence inputs that are provided by the IB(Intelligence Bureau), NIA and NTRO. The organisations tell them the movements of the Naxalites and insurgents along with their operational plans.

As a rule, the CRPF cannot tap phones, social media, and the internet as a parliamentary force. The police in Telangana and Chattisgarh though have world-class surveillance facilities available t0 them. This intelligence allows them to conduct anti-Naxalite operations in the states, something the  CRPF can’t do even if they wanted to. These surveillance abilities also imply that many lives can be saved in the process. Many central agencies have also acquired this power through the Indian Telegraph Act. The CRPF on multiple occasions has appealed to the government for the same.

Some call the matter of giving the CRPF surveillance facilities ‘controversial’. Union home secretary GK Pillai said the CRPF has been supplied with drones to monitor Naxal movements from a distance. He further stated that the powers won’t be of much use as Maoists are not inclined towards using phones and choose to communicate more secretively through their own couriers. But drones are conspicuous and will be spotted easily so that would make the exercise redundant. If surveillance is not the solution then what is? While people will continue to debate logically at the top, people will continue to put their lives at risk till a way out is sought. 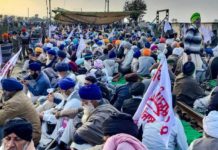 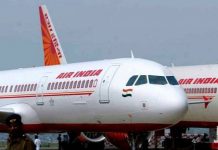 Amid new strain of Covid-19 virus, India temporarily suspends all flights from the UK