On Ram Navami communal clashes in Aurangabad, Bihar causing security concerns in the region. Three additional companies of the CRPF have been deployed in the area.

On 25th March the celebrations were disrupted by rioters who set 20 shops on fire. They also attacked those celebrating with stones in the Nawadih colony. Nearly 50 shops were burnt near Jama Masjid. nearly, 60 persons of which 20 were policemen were injured.

On 26th March a curfew was announced in Aurangabad. Internet services were also suspended for 24 hours. Aurangabad wasn’t the only part of the state to report riots, similar events broke out in Gaya, Siwan, and Kaimur as well. Section 144 has been imposed on Aurangabad in the light of the events. People from both communities engaged in the violence. Aurangabad’s Rahul Ranjan Mahiwal said, “the situation is tense but under control.” Tejashwi Yadav though insisted that the riots were continuing and shops were still being burnt down.

Bihar’s CM Nitish Kumar said that publicity shouldn’t be given to such rumours in the House lest they promote communal aggravation. According to the CM, the Ram Navami celebrations in the state had gone on peacefully barring a “few exceptions”. He said that local issues should not be made state issues. Nearly 200 arrests have been made with regard to the riots. Allegations were made as Vijender Yadav read out the budgetary allocation for the home department.

Riots over celebrations broke out in West Bengal as well, in Murshidabad and Bardhman West districts. A senior police officer lost his hand in the offing when a bomb was hurled at him. In West Bengal, one person was killed. Mamata Banerjee spoke on the issue and said that law would take its own course. If riots in the state are not the state government’s issue as Nitish Kumar said then whose responsibility is it? Any threat to peace in the state is no one’s but the state government’s issue and writing it off only makes it worse. 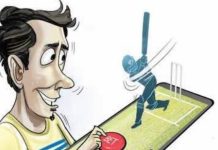