The Indian Wire » News » Death of UP topper, Sudeeksha Bhati : a case of road accident or harassment? 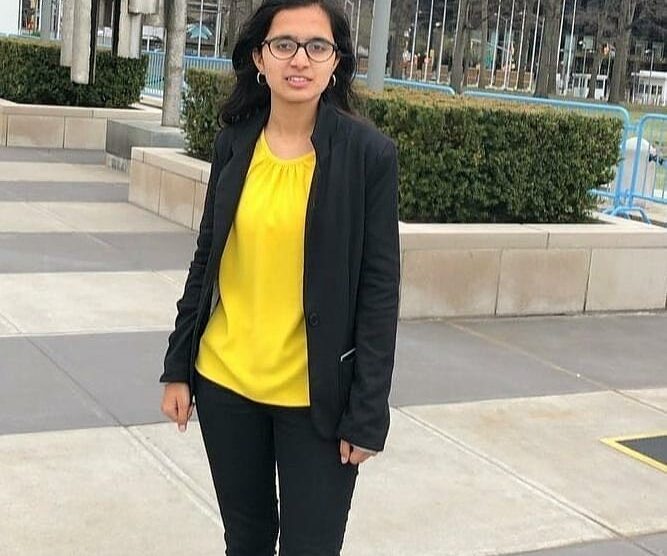 Synopsis: Sudeeksha Bhati, a 20-year-old girl, who had received a full-time scholarship in a  prestigious University of US, died in a road accident in the district of Bulandshahr, UP.

“When you go outside, you have to be careful.” “When someone passes comment on you or harasses you, just ignore them but never respond, Why? Because you’re a girl. Your safety should be your priority.”

Every girl in India has been told all of these phrases multiple times. But does it mean avoiding such incidents is the only solution rather than fighting for your rights and liberty? The answer is, however, uncertain.

Another incident of harassment that has shaken the whole nation, is the death of the UP topper, Sudeeksha Bhati.

In a tragic incident on Monday, Uttar Pradesh’s Gautam Buddha Nagar girl, Sudeeksha, who was awarded Rs 3.83 crore scholarship to study at the prestigious University of the United States, died after dropping out of the bike. Sudeeksha was being chased by two-eve teasers when she and her uncle Manoj Bhati were going to visit their relatives in Sikandrabad.

The eve-teasers started performing stunts near Sudeeksha’s bike, owing to which her uncle faced trouble riding the bike and became unbalanced. While doing so the eve-teasers abruptly hit the brake after which Sudeeksha and his uncle were unable to handle it and Sudeeksha dropped headlong on the road. She died on the spot, while her uncle got minor injuries.

Within a couple of hours, the incident started spreading on social media, and “Justice for Sudeeksha”, sparking indignation and demands for punishment of the two men who allegedly harassed her, was voiced by the people.

However, the case seemed to take a political turn when the District Magistrate and UP Police Chief refuted the argument of the deceased’s uncle.

The officials said that Sudeeksha was riding pillion with her young brother, who is a minor. When his motorcycle crashed into another bike that had suddenly stopped because of traffic ahead of them. The police also tweeted an extract from the video statement made by his younger brother, which they claimed had not referred to the alleged abuse.

UP Police have said that a Special Investigation Team (SIT), consisting of a DySP and two Inspectors, was formed to investigate the case and the allegations made.

An FIR has been lodged in Aurangabad Police Station against unknown accused under section 304A (death due to negligence), Section 279 (rash driving) of IPC and some sections of the Motor Vehicles Act, 1988.

While police maintained its statement that Sudeeksha died in an accident, CCTV video near the crime scene shows two men riding a Bullet five minutes after the incident. The CCTV footage was captured three kilometers away from the spot of the incident by a camera installed at a garment store.

Sudeeksha Bhati belongs to a small village of Bulandshahar, located in Dadri, UP. She is Jitendra Bhati’s daughter, who is a tea seller by occupation and had previously made headlines after she bagged a scholarship from Babson College in Massachusetts (US), for her excellence in study. Sudeeksha had returned to her hometown in June amidst the spread of ‘COVID – 19’ and was supposed to return to the United States on 20th August.

Sudeeksha also had an interest in social work, in addition to her education. She has also been affiliated for some time with the Voice of Women Organisation, which is fighting against the rising crimes against women. But unfortunately she succumbed to the crime against women herself.

Thus, questions such as whether justice will be granted to Sudeeksha, will the police will be able to get hold of the perpetrator, or if the case will be used for political purposes like other cases, remains unanswered until further developments are made in the case. Whatever the result would be, the damage suffered by the family will never be remedied. Why did a promising scholar had such a short life span, one who had defied all odds to gain her academic achievements and may have done something significant in the future, will indeed remain unanswered.