Delhi Chief Minister, Arvind Kejriwal announced that those with electricity consumption of up to 200 units would not be charged.

NEW DELHI: Delhi Chief Minister, Arvind Kejriwal on Thursday announced free electricity for city residents who consume less than 200 units. At a press conference in New Delhi. the Aam Aadmi Party (AAP) Chief announced the party’s decision. “Those in Delhi, who consume up to 200 units of electricity need not pay their bills. They will get zero electricity bills. Those whose consumption ranges between 200-401 will get a subsidy of 50%,” Kejriwal said.

The move is being seen as AAP’s latest poll sop ahead of the Delhi assembly elections in 2020. Last month, Kejriwal had announced free metro for women.

This announcement comes a day after Kejriwal announced that there has been no hike in power tariffs in the national capital for the fifth consecutive year.

“Congratulations Delhi for fifth consecutive yr (year) tariffs reduced Delhi has lowest electricity tariffs in the country now. And Del (Delhi) is the only place in India wid (with) 24×7 electricity till now,” Kejriwal tweeted.

Within minutes of Kejriwal’s announcement, deputy CM Manish Sisodia tweeted that, “Every family deserves a life of dignity. Just like good education & healthcare, a basic quantum of electricity to run lights/fans at home is essential for that.” 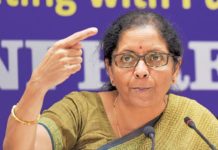