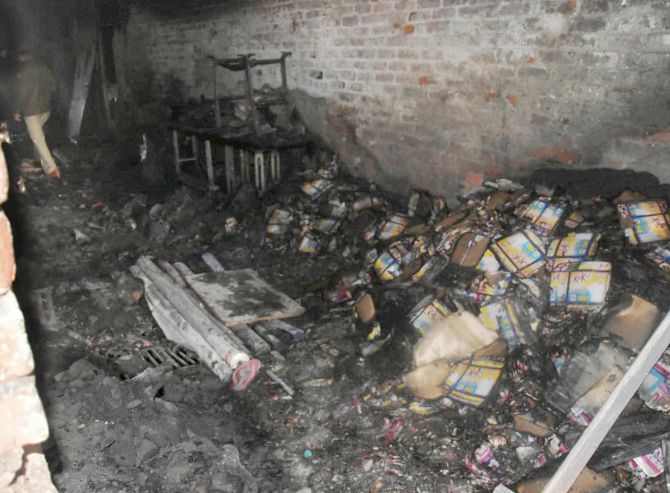 Prime Minister Narendra Modi has announced an ex-gratia of Rs. 2 lakhs each from Prime Minister’s National Relief Fund (PMNRF) for family of those who have lost their lives due to tragic fire in Delhi. Prime Minister Modi has also approved Rs. 50,000 each for those who were seriously injured in the fire.

PM @narendramodi announced an ex-gratia of Rs. 2 lakh each from PMNRF for the next of kin of those who have lost their lives due to the tragic fire in Delhi.

PM has also approved Rs. 50,000 each for those seriously injured in the fire.

On the other hand, Chief Minister of Bihar, Nitish Kumar has also announced financial assistance of Rs. 2 lakhs each to the family of victims who hail from Bihar.

Delhi Chief Minister Arvind Kejriwal rushed to the site after meeting the injured at the hospital. He said, “It is a very sad incident. I have ordered a magisterial inquiry into it. Compensation of Rs 10 lakhs each will be given to families of those dead and Rs 1 lakh each to those injured. The expense of medical treatment of those injured to be borne by the government.”

Unnao victim’s kin: ‘No cremation, until CM Yogi visits us’
Delhi fire tragedy: How it all started
Comment