The Delhi High Court has ruled on BSV Prakash Kumar, Acting President after the petitioner, Rajasekhar VK, Member (Judicial) approved his transfer of the plea challenging the transfer orders of NCLT Members.

The Single Judge Bench of Justice Navin Chawla, confirmed after recording the submission of the parties that the petitioner had approved his transfer. The petition is then disposed off in order to leave all legal issues open.

The Court was of the opinion that it did not think it necessary to consider the questions of law put forward in the present petition.

The Court added that the dismissal of the present petition is not prejudicial to the petitioner. 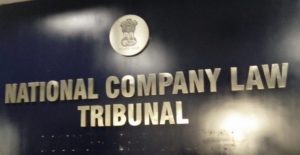 Without prejudice to his rights and claims, Rajsekhar VK has chosen to comply with the order of transfer in view of the fact that the sole member is newly posted, i.e., during the pending process of the petition.

The Acting President had shuffled the posting of the NCLT members on vide orders given on April 30 and May 12.

The petitioner was moved from NCLT Mumbai to NCLT Kolkata.

It was the case of the petitioner that these orders for transfer were illegal, malicious, biased and without jurisdiction.

The petitioner argued that the transfer orders violated constitutional requirements and the transfer rules, in particular Rule 15A of the NCLT (Salary, Allowances & Other Terms and Conditions of Service of the President and Other Members) Rules, 2015.

Rajesh Dayal Khare, Member (Judicial), subsequently intervened in the petition and argued that under Section 409 of the Companies Act, 2013, BSV Prakash Kumar was not entitled to act as the Acting President.

In favour of the petitioner who had declined to enter the new post, an order of no coercive action was also followed.

During the proceedings, the Court noted that the case raised a significant question as to how to determine inter-se seniority among the various classes of members, in particular in the event of any vacancy in the office of the President of the NCLT.