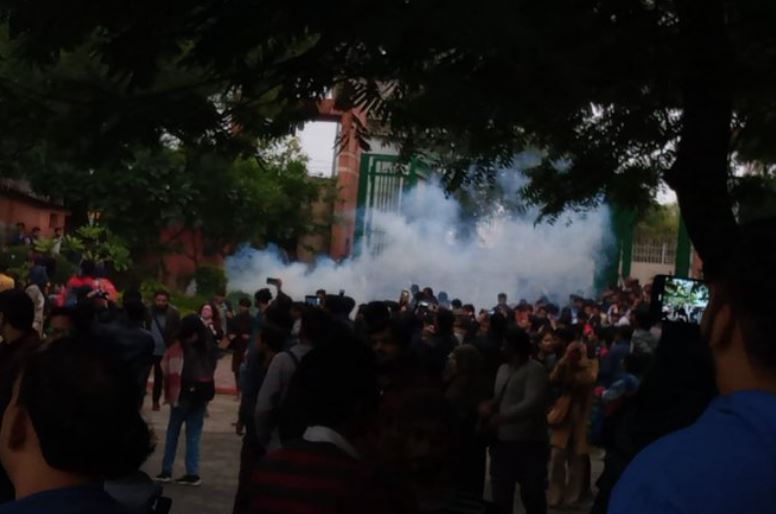 A clash broke out between the students of Jamia Millia Islamia University and Delhi Police on Friday when the students were taking out a march from their university campus to the Parliament to protest against the Citizenship Act.

The march, which was was joined by more than 1,000 students, was announced by the teacher’s association of Jamia Millia Islamia. However, the Delhi Police had put barricades across the road to halt their progress.

A former student of the university, Majid Alam said, “The students started jumping the barricades which led to a physical clash between the police and the students and the situation escalated from there onwards. The police used tear gas which made the situation chaotic. A few even got injured.” Entry and exit at Patel Chowk and Janpath metro stations were also closed by the Delhi Metro Rail Corporation (DMCR).

#CitizenshipAmendmentAct: The Dirty Dance of Democracy