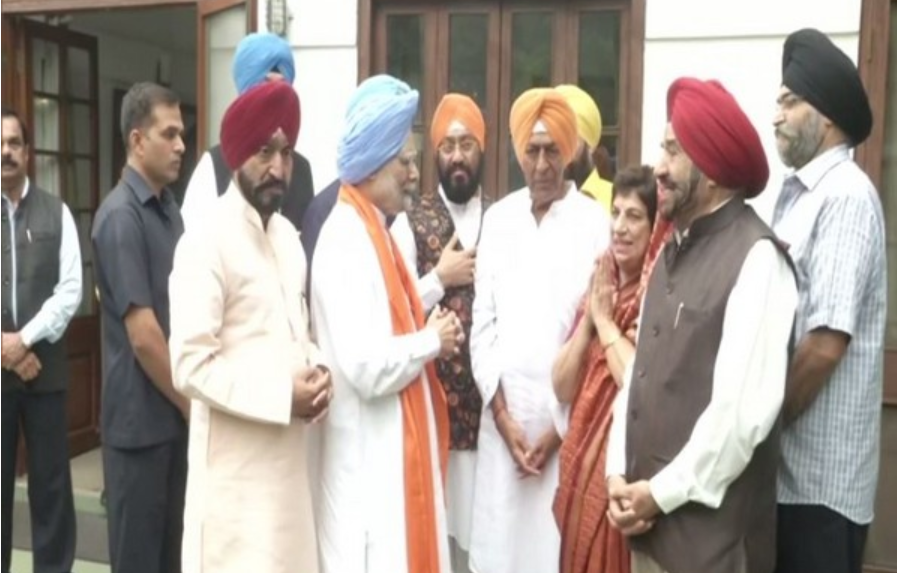 Ahead of the visit to Kartarpur Corridor on November 9, a team of Delhi Pradesh Congress Committee members met the former Prime Minister Manmohan Singh in the national capital on Thursday.

Kartarpur Corridor allows the cross-border visit to the Sikh shrines of Dera Baba Nanak Sahib and connects it with the Gurdwara Darbar Sahib Kartarpur.

In today’s meeting, The delegates handed over garlands and ‘kirpan’ (a small sword) to Manmohan Singh and urged him to offer it to Guru Nanak in the shrine. As quoted by ANI, Subhash Chopra (DPCC member) said, “We have given garlands, Kirpan and Chatar to Dr. Manmohan Singh so that he can offer it our Guru”.

On being asked about the Navjot Singh Sidhu not getting permission to go to the shrine, Subhash Chopra said that the leader should be allowed to travel and there should be no controversy in the matter of faith. Sidhu was invited by Pakistan Prime Minister Imran Khan to attend the inauguration of the Kartarpur corridor on November 9, however, India has raised its objections in granting him the political clearance.

India and Pakistan signed the agreement on the modalities for operationalizing Kartarpur Corridor on 24th October. Therefore, the first batch of pilgrims from India will depart for the neighboring country on November 9.