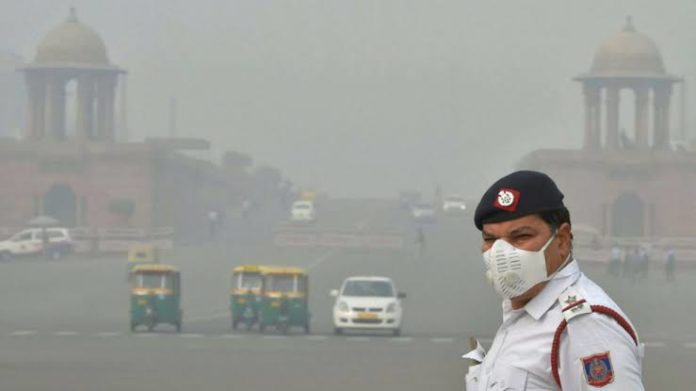 New Delhi has been facing critical air conditions resulting in many respiratory and skin diseases and has been constantly creating buzz over social media with the unsuccessful steps taken by the Delhi Government. This started just after Diwali, which made Delhi’s air more toxic and unbreathable. Since then, the Delhi government has appealed people to stop bursting firecrackers, started odd-even rule, stopped factories from operating and requested neighboring states to stop burning stubbles. Although, the air quality has decreased just a slight with clear skies and moderate hovering.

With Chances of Air Pollution increasing in India’s Capital, Union Minister of Environment, CK Mishra has taken matters in his hands. The central government has prepared 15 days action plan to fight toxic smog and it will witness a massive crackdown on violations, especially on illegal construction and demolition, disposal of municipal solid waste and polluting industries. The government also plans to pave all the roads in Delhi-NCR by August 2020 to approach the dust problem.

“Unfortunately, we have had a spate of bad meteorology in Delhi. But we are trying to prevent the situation from worsening. We are ready to experiment or pilot any new technology that can help us fight this problem,” said C.K. Mishra, secretary at the ministry of environment, forests and climate change, at a media briefing.

The meeting was attended by government representatives from cities in the NCR, and officials from neighboring Punjab, Haryana and Uttar Pradesh, including officials of the Central Pollution Control Board (CPCB). Although, the Parliament will talk on Air Pollution today in the winter session.

“We found that apart from incursion from neighboring states, the major sources of pollution in Delhi are local dust, the industries, and vehicular emissions. For the latter, we have identified congestion points, where traffic will be regulated. We will actively carry out the use of sprinklers, to settle down the dust in peak hours,” said Mishra.

But, according to the government’s air quality monitoring service, SAFAR-System of Air Quality and Weather Forecasting And Research, it may fall to a “very poor” category in another two days, and touch “severe” (400-500) by 21 November.

The winds are carrying stubble burning from the neighboring states to new Delhi, adding more to air pollution, which had come down to 3% last week, which may again rise to 13% on Tuesday.