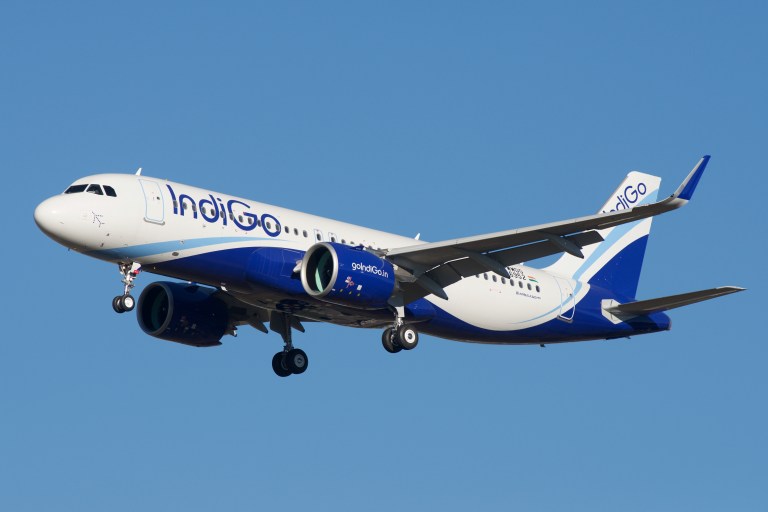 A320neos with even one Pratt engine featuring a seal found to cause vibrations are no longer allowed to fly, the Directorate General of Civil Aviation said in a statement Monday.
Yesterday morning, a Lucknow-bound IndiGo flight from Ahmedabad had to make an emergency landing due to a mid-air engine failure. The Airbus A320 Neo plane carrying 186 passengers landed safely at the Ahmedabad Airport.
After observing that there have been 69 Neo engine failures as of September 15, and that the number of cases crossed 100, the DCGA grounded nine IndiGo and three GoAir planes with Airbus 320 engine yesterday.
IndiGo has 32 Pratt and Whitney engine planes out of which nine of them were grounded, and GoAir has 13 Neo engine planes out of which three were grounded by the DCGA yesterday.
IndiGo released a statement yesterday on the DGCA’s decision saying, “We are in receipt of the communication from the DGCA and we shall promptly comply with the directions of the DGCA. Upon implementation of the directive, IndiGo shall have a total of nine A320neo aircraft on ground. The affected passengers would be accommodated on other flights on our network. Safety is our top priority.”
Go Air, too, confirmed receipt of the missive from the aviation regulator. “Go Air has received the directive from the DGCA for immediate grounding of all late serial number P&W engines. We have complied immediately. Go Air  is committed to the highest standards of safety and compliance and we sincerely regret the inconvenience caused to our valued customers. We are altering flight schedules and communicating the same to those affected by the last minute changes; we are making all possible arrangements to minimise the impact,” a Go Air spokesperson said.