The Samajwadi Party, on Friday released a list citing that Dimple Yadav, the wife of Former Uttar Pradesh Chief Minister Akhilesh Yadav is going to contest from Kannauj.

Dimple Yadav is currently the Member of Parliament from Kannauj, Uttar Pradesh.

Earlier, it was considered that Akhilesh Yadav is going to contest from Kannauj.

The latest development came after the release of the first list by Samajwadi Party, which included the name of Party Founder  Mulayam Singh Yadav amongst others.

Mulayam Singh Yadav is all set to contest from its strong hold Mainpuri constituency.

Samajwadi Party Founder represented Mainpuri in the Lok Sabha in 1996, 2004 and 2009, previously.

In the 2014 Lok Sabha elections, Mulayam Singh Yadav contested from Azamgarh and Mainpuri and he won both the seats. 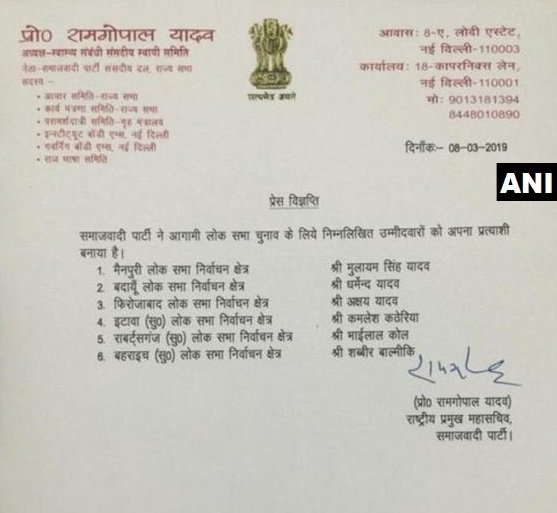 In Uttar Pradesh ,the Samajwadi Party and its former rival BSP, led by Mayawati, formed an alliance for the General Elections 2019.

Samajwadi Party is set to contest from 37 seats, the BSP will contest on 38 seats.

Both SP and BSP  left the constituency of Amethi and Rae Bareli for the Congress. 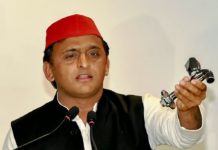