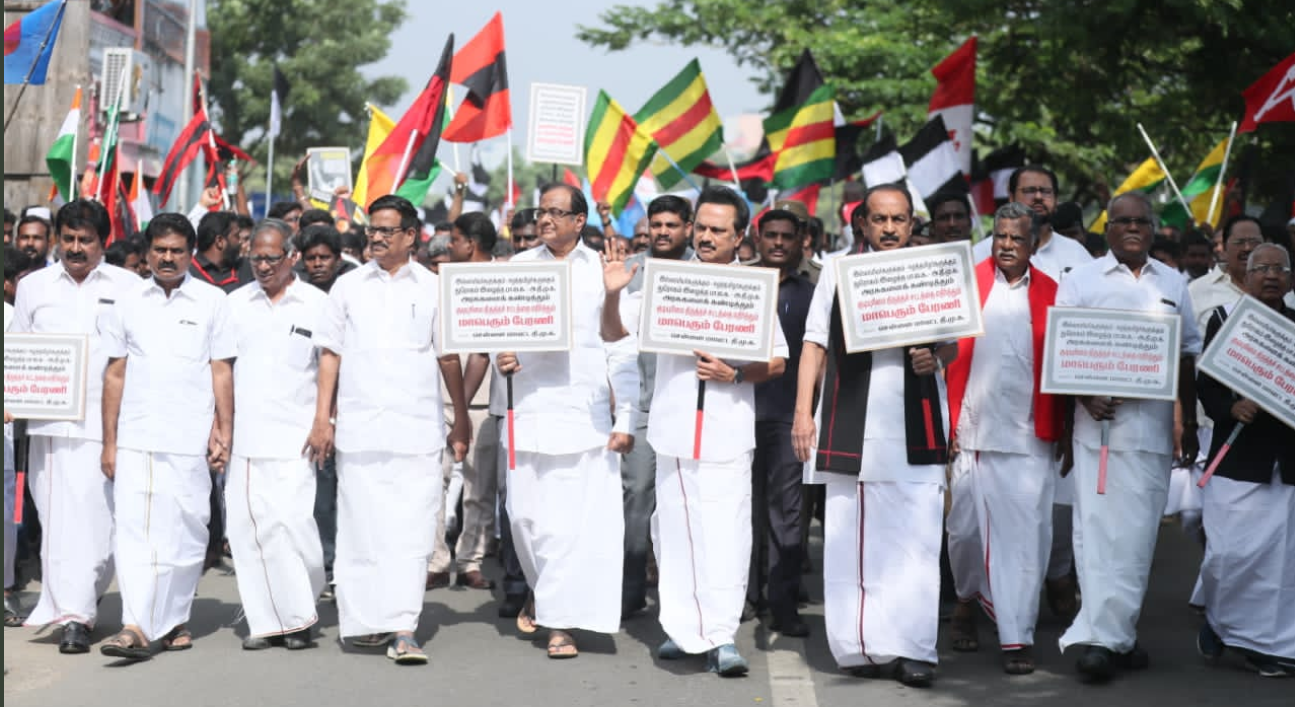 Expressing support to the DMK protest against the Citizenship Amendment Act, thousands of people marched on the streets with the leader MK Stalin in Chennai on Monday. The leader had announced on 18 December about the rally.  Previously he had said that his party meeting on the Citizenship Amendment Act had also passed a resolution for its revocation.

Earlier, MK Stalin had also attacked the incumbent chief minister of Tamil Nadu for extending his support to the legislation. He said that Edappadi K Palaniswami is just following the lines of Prime Minister Narendra Modi and Home Minister Amit Shah.

The rally turned into a multi-starrer political event when many leaders from the opposition parties joined the DMK rally. According to the reports, former Union Finance Minister P Chidambaram, Dhayanithi Maran, K Kanimozhi, Vaiko participated in the rally along with others.

Previously on Sunday night, Madras High Court had dismissed public interest litigation that sought to put a brake on the above-mentioned agitation, however, the bench allowed the rally. The petition was heard by Justice S Vaidyanathan and PT Asha.

The bench further ordered the DMK party to ensure a peaceful rally and not cause any sort of disturbance to the general public and property. It also said that if any case the party is found liable for any kind of damage to public property, DMK would have to pay ‘double cost’.

The Citizenship Act that seeks to declare Hindus, Jains, Sikhs, Buddhists, Zorastrian, Parsis, and Christians from Afghanistan, Bangladesh, and Pakistan eligible for citizenship who came to India before December 31, 2014.