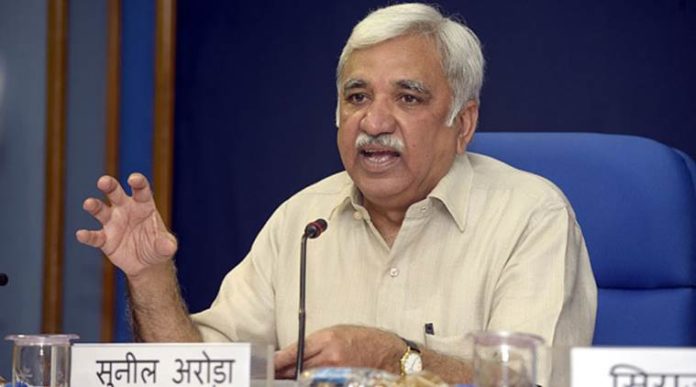 The Poll Commission led by Chief Election Commissioner Sunil Arora had on Monday reviewed poll preparations in specific Parliamentary Constituencies of West Bengal and Tripura that are slated to go for polls on April 18 and April 23 respectively.

The three parliamentary seats on Bengal going on April 18 include Darjeeling, Jalpaiguri and Maldaha. While Tripura East will go to polls on April 23.

The Poll Body Chief Sunil Arora reviewed the preparations through video conferencing. The meeting was attended by Police Observers, Poll Observers and expenditure observers of both West Bengal and Tripura.

In the review meeting, Police Observers informed the CEC about the police arrangements and deployment of the central forces in the particular parliamentary constituency. The Poll Body seeks details flying squad and video-surveillance teams from the poll observers of both the state.

It is noteworthy that on the request of Bharatiya Janata Party, EC had in March last month send a Delegation to West Bengal. A High-Level delegation of Bhartiya Janta Party comprising Union Law Minister Ravi Shankar Prasad met Election Commission of India with a request to deploy Central Forces in Mamata Banerjee’s Bastion West Bengal.

Briefing the media after meeting the officials of the poll panel, Union Minister said we have requested the Election Commission to declare west Bengal a super-sensitive state during the electoral process in the General Elections 2019.

91 Constituencies including two from West Bengal – Coochbehar and Alipurduar have already voted on April 11 as a part of Phase-I of polling.