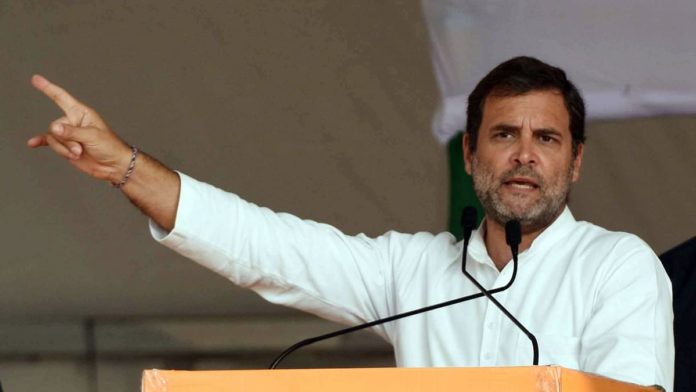 New Delhi: The Congress on Thursday requested President Ram Nath Kovind to make sure that the three “anti-farmer, anti-agriculture, anti-poor and black” laws passed in September are dismissed.

It added the “autocratic” Narendra Modi-led central government refuses to hear the agony and anguish of farmers. The Congress party also asked the government to convene a special joint session of Parliament to withdraw these laws.

The delegation met President Ram Nath Kovind and submit a memorandum to him which is signed by two crore farmers seeking an interference of President to break the impasse over the new farm laws. The Congress party has stretched out help to the farmer protest against the Agri changes.

A large number of farmers, generally from Punjab and Haryana, are as of now waiting at Delhi’s border with Haryana and Uttar Pradesh in dissent against the Farmers’ Produce Trade and Commerce (Promotion and Facilitation) Act, 2020, the Farmers (Empowerment and Protection) Agreement on Price Assurance and Farm Services Act, 2020 and the Essential Commodities (Amendment) Act, 2020.

Opposition parties including Congress have stretched out help to the farmer’s demand to cancel the laws. Farmers have communicated apprehension that these laws would prepare for the destruction of the minimum support price (MSP) system, leaving them at the “mercy” of big companies.

However, the central government has kept up that the new laws will bring farmers better chances and usher in new advances in horticulture. The union government contends that the three ranch laws will eliminate the go-betweens and permit farmers to sell anyplace in the nation.

Prior, a designation of opposition leaders including Rahul had met the President. The delegation had presented a memorandum to Kovind looking for his mediation to break the logjam. Then, farm associations have asked the central government not to rehash the proposition of “meaningless” revisions that they have just dismissed however come up with a “concrete” offer in writing as a hard copy for the resumption of talks.

Perusing out an answer to the government discussions offer during a question and answer session, farm leaders said that they are prepared for talks with an open mind on the off chance that they get a solid proposition, yet made it clear they won’t acknowledge anything short of total nullification of the three controversial farm laws and legitimate assurance for MSP.