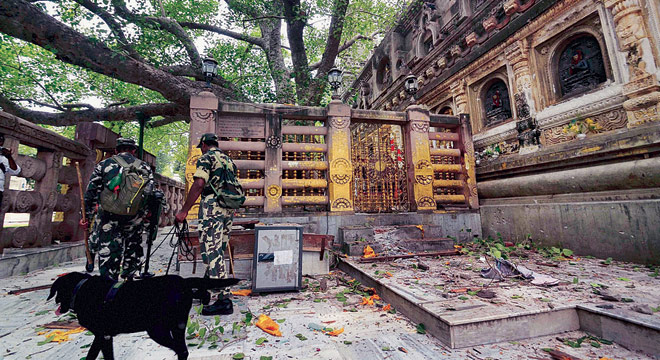 A special court in Patna pronounced all the five accused in the 2013 Bodh Gaya bombings guilty on Friday under the Unlawful Activity (Prevention) Act and the Explosives Act. The verdict was given by NIA judge Manoj Kumar Sinha who convicted the accused — Haider Ali, Imtiyaz Ansari, Omair Siddiqui, Azharuddin Qureishi and Mujibullah Ansari, all members of the terrorist group Indian Mujahideen — for plotting and planting bombs in the pilgrim town.

Taufiq Ahmed, another accused, less than 18 years of age, was found guilty by a juvenile court and sentenced to three years in a remand home. The NIA had earlier identified Haider Ali as the mastermind behind the attack. NIA claimed that the attack was an act of vengeance against the Myanmar Army for their alleged killing of Rohingya Muslims.

The Rohingya Muslims are a religious minority in Myanmar and have been discriminated against and denied citizenship. Acts of violence against the Rohingya community residing in the Rakhine State in Myanmar have forced them to flee to the neighboring countries.

The next hearing will be held on May 31 wherein the judge will pronounce the quantum of sentence to be given to the five accused.