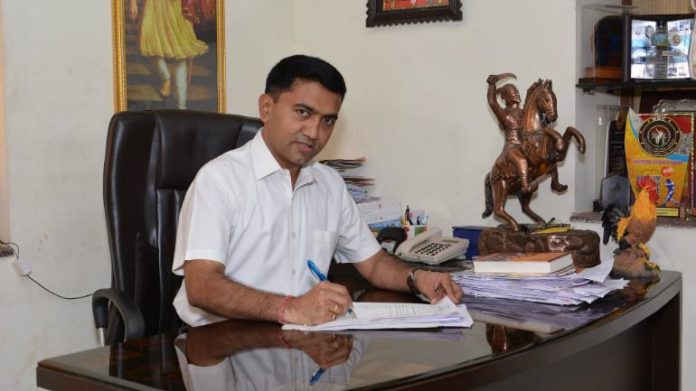 According to the confirmed reports, Goa Chief Minister Pramod Sawant will meet Union Minister Prakash Javadekar in the national capital today with an all-party delegation to oppose the Mahadayi river issue.

The Goa delegation will be raising its voice against the Union forest ministry’s recent clearance to a project to divert the waters of Mahadayi river to the Malaprabha basin through Kalasa-Bhandari. Pramod Sawant said that he would request the Union Minister seeking the withdrawal of a letter written by Union Forest Ministry to a Karnataka government agency, that gave clearance to the proposal of diverting water.

Speaking at a ceremony held at Raj Bhavan on Sunday, he iterated the need for his visit to the national capital. As quoted by ANI, he said, “We will oppose the issue of Mhadayi River at every appropriate forum, whether it is the National Green Tribunal or Supreme Court. We will express our opposition wherever needed“.

Previously also, Pramod Sawant had written a letter to Prakash Javdekar for the same demand. The letter carries the significance of the Mahadayi basin as five wildlife sanctuaries and one bird sanctuary fall within the Mahadayi basin. The region is also ecologically fragile and a hotspot of biodiversity.

Karnataka and Goa have been involved in the water-dispute of the Mahadayi river for many decades. Recently in 2018, the Mahadayi Water Disputes Tribunal had given its verdict. However, the Inter-state water dispute Act allows the concerned stakeholders to challenge the decision by reaching the tribunal.

Mahadayi river rises from the Bhimgad Wildlife Sanctuary in Karnataka. Flowing westward, it enters Goa. Here, it formsMandovi and subsequently falls into the Arabian Sea at Panaji. The main bone of contention is the Karnataka’s decision to divert the river water into the water-deficit Malaprabha basin. However, Goa has iterated its stand that such a decision would adversely impact its agriculture production.