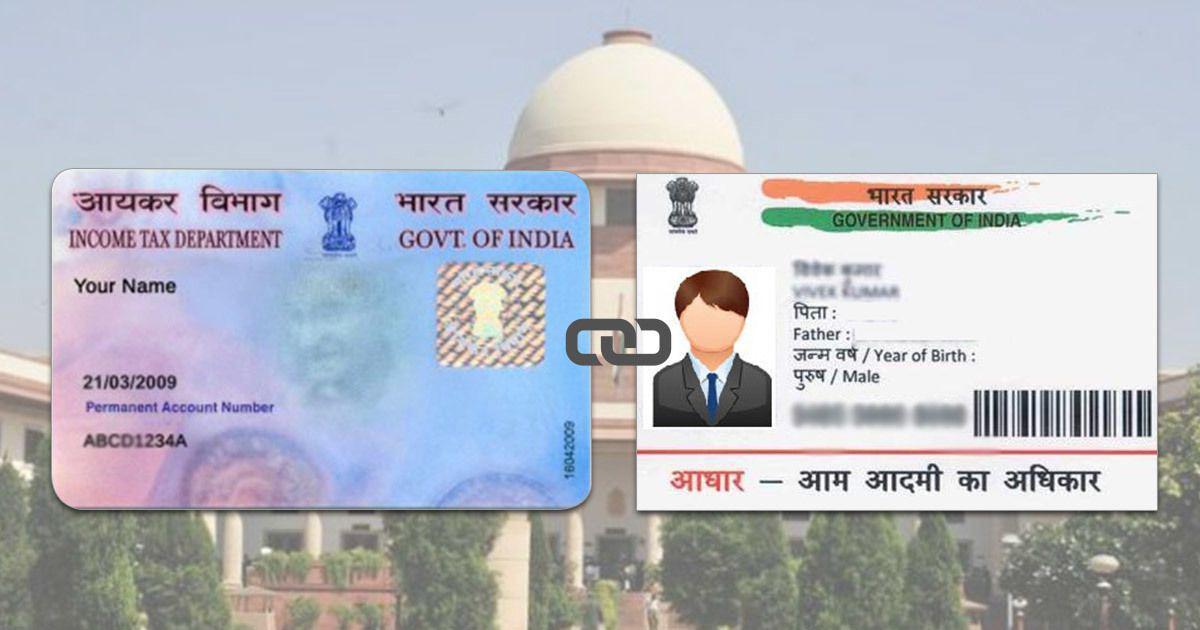 The Government has extended the deadline for individuals to link their Aadhar card with their Permanent Account Number(PAN) to September 30.

The government has made it mandatory for taxpayers to link their Adhar card with their Pan Card in order to file Income Tax Returns from the assessment year 2019-2020. From April 1, it is mandatory to quote and link Aadhar numbers while filing income tax returns.

This is the sixth time the government has extended the deadline to link Aadhar card with PAN Card.

“The cutoff date for intimating the Aadhar number and linking PAN with Aadhar is September 30, 2019, unless specifically exempted,” the Central Board of Direct Taxes (CBDT) said.

Till September last year, out of the 41 crore PANs issued, 21 crores were linked to the Aadhar cards.

A five-judge constitution bench had however said that it was not mandatory to link Aadhar card to bank accounts and telecom service providers cannot seek its linking for mobile connections.

CBDT said that there were reports that said the PAN cards which are not linked with the Aadhar card by March 31, 2019, will be invalidated, followed which the matter was considered by the government and the date of linking was extended to September 30.

The apex court declared the center’s flagship Aadhar scheme as constitutionally valid and held the biometric  ID would remain mandatory for filing Income Tax Returns and allotment of the PAN card.