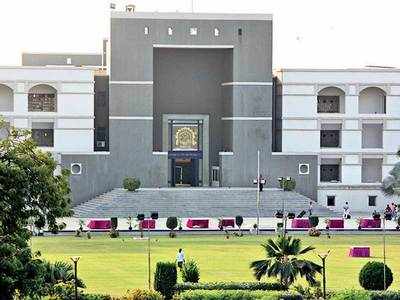 The Gujarat Government increased the amount of fine to a total of Rs 1,000 for not wearing a mask in the public places, as directed by the Gujarat High Court.

Synopsis: The Gujarat Government increased the amount of fine to a total of Rs 1,000 for not wearing a mask in the public places, as directed by the Gujarat High Court.

The Government of Gujarat has raised the amount of fine to Rs 1000 for not wearing face masks in public. The order will be come into effect from 11th August 2020, Chief Minister Vijay Rupani announced on Monday.

The levy was imposed after the Gujarat High Court asked the state government to raise the fine to a total of Rs 1,000 for mask laws. The order is made in a Public Interest Litigation (PIL) over the treatment of the coronavirus pandemic by the state government, whereby the division bench of Chief Justice Vikram Nath and Justice J B Pardiwala observed that masks are practically one of the safest defense against ‘COVID-19’ pandemic.

The order in the suo motu PIL was issued on 24th July 2020 and was made available on 4th August.

Recently, the Gujarat government raised the fine for not wearing a mask from Rs 200 to Rs 500, and substantially the number of people who violated the law was reduced, the Government informed the court. But the court has said that some people are still not adhering to the rule. The court added that the state government shall be giving appropriate notice for raising the fine to the public. This levy of fine shall be uniform throughout the state of Gujarat.

Furthermore, the judges said that the government could not shy away from taking any strong action and measures. However, “only the deterrent effect” can help the government get cooperation from the public on these matters. The Government should do whatever it can to ensure the health and well-being of the people. The government may have to take some stringent steps when doing so, such as prohibiting public and religious meetings, hiking up the fines for disobeying mask rules, the judges said.

The court also ordered the government to suspend the movement of people from Surat to Ahmedabad until the condition improves at Surat. It said that if the commuter doesn’t wear a mask, rickshaw drivers should also be fined and shopkeepers should also be subjected to a similar rule.

The court also directed the government to provide district-wise daily data on the tests done, number of successfully checked samples, number of discharged individuals, number of home-quarantined patients, maximum deaths and cumulative deaths where the deceased tested ‘COVID-19’ positive. All these are also required to be published by all newspapers to make people aware of the spread of the virus in order to ensure that there is no complacency.

Wrecking the low number of tests, the court directed the government to split each taluka / city into zones and set a target of conducting a given number of random tests over a week in the entire state. Further, the government should  make live-saving drugs such as Remdesivir and Tocilizumab, available in sufficient amounts and at affordable prices.

Noting that 11 districts do not have any research laboratories, the High Court asked the government to explain why establishing laboratories in each of these districts should not be issued a guideline at the earliest.

In the aftermath of these strong decisions taken by the Gujarat High Court, the State of Gujarat has taken several important steps, with the most important being, levying of fine for breach of ‘COVID – 19’ protocols.