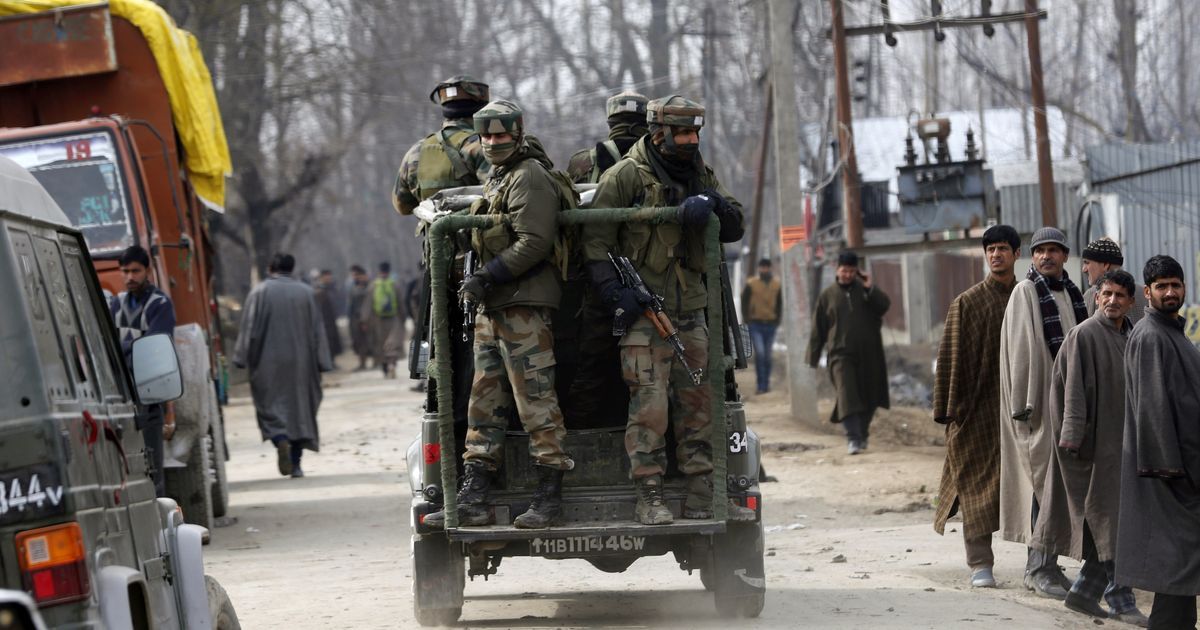 The last few weeks have been extremely traumatising for the countrymen following the news of the demise of our soldiers in Pulwama, followed by encounters in other places of the Kashmir Valley, along with continuous ceasefire violations in the LOC by Pakistan. Now, adding 5 more soldier’s name in the list of the deceased from Handwara encounter, which lasted for almost 54 hours.

The encounter began on Friday morning and ended on Sunday noon. Three personnel from CRPF and 2 from J&K Police lost their lives in the encounter which also resulted in the elimination of 2 terrorists.1 civilian, too lost its life in the prolonged encounter.

The site of the encounter was marked my heavy civilian presence and its took time. Reports say that in the last three days of the encounter, two to three residential houses, where terrorists were believed to be hiding, have been destroyed during the anti-terror operations. Locals allege that security forces have damaged several houses and a large number of people had to flee their homes during the gun battle.

As reported, both the terrorists were linked with ‘Lashkar-e-Taiba’. 1 of them is identified  to be of Pakistan origin and the identity of the other is yet to be ascertained. Arms and ammunitions were also recovered from the encounter site , as many reports say.

Handwara encounter: Both the killed terrorists were affiliated with proscribed terror outfit Lashkar-e-Taiba (LeT). One has been identified as a foreigner from Pakistan, identity of the other terrorist is being ascertained. #JammuAndKashmir

Following that, UP CM Yogi Adityanath announced Rs.25 lakh in compensation to the family of the 2 deceased soldiers of CRPF, belonging to Uttar Pradesh along with government jobs to the next of the kin of the deceased soldiers.

UP CM Yogi Adityanath announces Rs 25 lakh each and a govt job to the next of the kin of two CRPF personnel- Vinod Kumar and Shyam Yadav- from the state who lost their lives in Handwara encounter in Jammu and Kashmir. (File pic) pic.twitter.com/sEfPbfbzhS

1 CRPF soldier was from Patna, Bihar, where his mortal remains was paid the ‘guard of honour’.

Guard of honour paid to martyred #CRPF personnel #PintuKumarSingh at Patna, Bihar. He was martyred during encounter with terrorists at #Handwara, J&K. pic.twitter.com/3WfV3OVg6G

The 2 J&K Police personnel who lost their lives in the encounter were, SgCt Naseer Kholi and SgCt Ghulam Mustafa.

We pay our rich #tributes to #martyrs SgCt Naseer Kholi & SgCt Ghulam Mustafa of #JKP & Inspector Pintu & Ct Vinod of #CRPF for the supreme #sacrifices made in the line of duty today at #Handwara. We stand by their families at this crucial juncture. RIP. @JmuKmrPolice pic.twitter.com/Z82weivPAI

The Country’s ecosystem is undoubtedly filled with the unforgettable essence of the valour and sacrifice of our soldiers. Especially in the last few days, the support and applaud for our armed forces has been widespread.Amidst all of this, BJP MP & Delhi BJP Chief Manoj Tiwari was seen attending a party rally on 2nd March, wearing the uniform of the armed forces citing that he feels proud to wear it

However, Former J&K CM Omar Abdullah could be seen criticising the act as an act of politicising the recent military action.

And senior BJP leaders including the Hon PM want to lecture the opposition about politicising the recent military action. Go figure! https://t.co/02Bx1R53IM