The Indian Wire » News » Hardik Patel: “If Marathas Can Get Reservation, Why Not Patidars?” 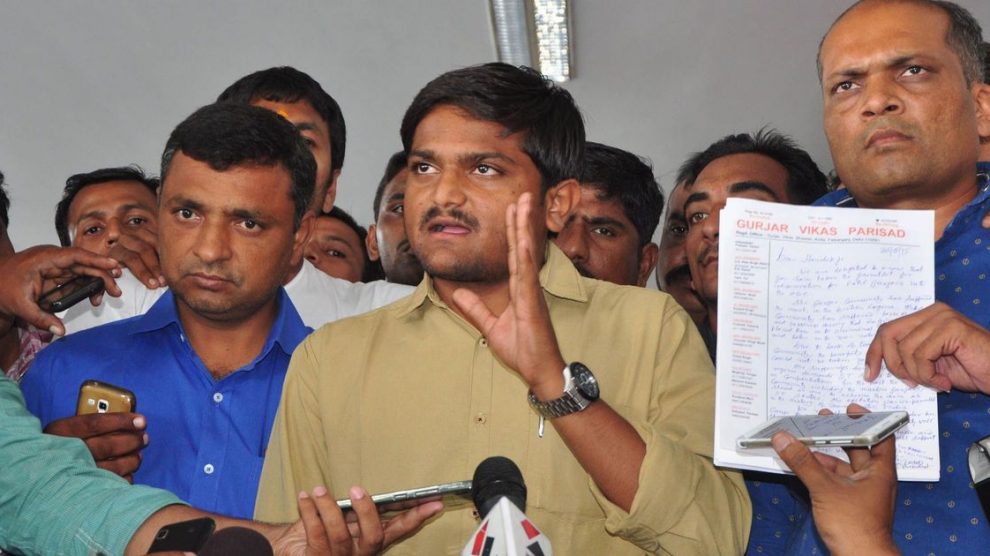 Just as the BJP-led government in Maharashtra conducted a survey for the Maratha community which established that Marathas suffered social and economic backwardness, Hardik Patel sought the same survey for Patidars as well.

His words were:”No such survey was done in Gujarat. The survey would prove that Patidar community is socially and economically backward.”

Patidar Anamat Andolan Samiti (PAAS) leaders under the spearheading of Hardik Patel met the chairman of the Gujarat OBC Commission Ms. Sugnaben Bhatt in Gandhinagar and demanded a commission-led survey of the Patidar (Patel) community on the lines of the survey conducted by Backward Class Commission for the Marathas in Maharashtra.

Ms. Bhatt sought information such as number of sub-castes, sub-groups and various surnames used by Patidars. She also sought to know the population of the community. PAAS delegation sought two weeks to furnish these details.