The legend, the man who showed the world how to sell nudity is no more with us. Hugh Hefner took his last breath in his favourite Playboy Mansion in Los Angeles located in the Holmby Hills neighbourhood.

Though the mansion was sold for $100 million dollars, it came with a contract, that the “Hef” will continue to live his rest of his life in the mansion itself.

Hugh Marston Hefner was born on 9 April 1926 to a strict parents. He married early and living a standard American dream by working as a writer for a small publication, later on, he started his own publication named Playboy in 1953 with just $8000 cash, producing around 50,000 copies for the first edition (now the copies are valued at thousands of dollars). His first copy was a huge hit, because of the semi-nude centrefold photo of the Marlin Monroe (at that time nudity was a stereotype). In 1971 Playboy was at its peak, selling more than 7 million copies per month. 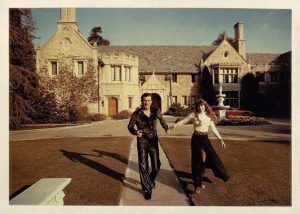 Playboy magazines not only sold nude photos, but there were columns about the war, politics, and culture, which made young men attract towards the magazine like ants on the sugar. At that time, there were many magazines that offered naked images, but what made the Playboy a household name was the writings about philosophy: said by the “Hef” himself.

Here is a famous one-liner from the “Hef”: When he asked Barbi Benton to date him (she was around 20 years old at that time) she said I never dated a man over 24, spontaneously “Hef” said, he never dated anyone older than that either. And they dated for so long after that. When a media asked about how many women has he dated within his lifetime, he said

There are many incidents like this in his life, probably, no man can ever achieve what “Hef” has achieved

Here is the official statement from the Playboy officials:

“Hugh M. Hefner, the American icon who in 1953 introduced the world to Playboy magazine and built the company into one of the most recognizable American global brands in history, peacefully passed away today from natural causes at his home, The Playboy Mansion, surrounded by loved ones,”

Rest in peace Hugh Hefner, you are truly a one of kind.