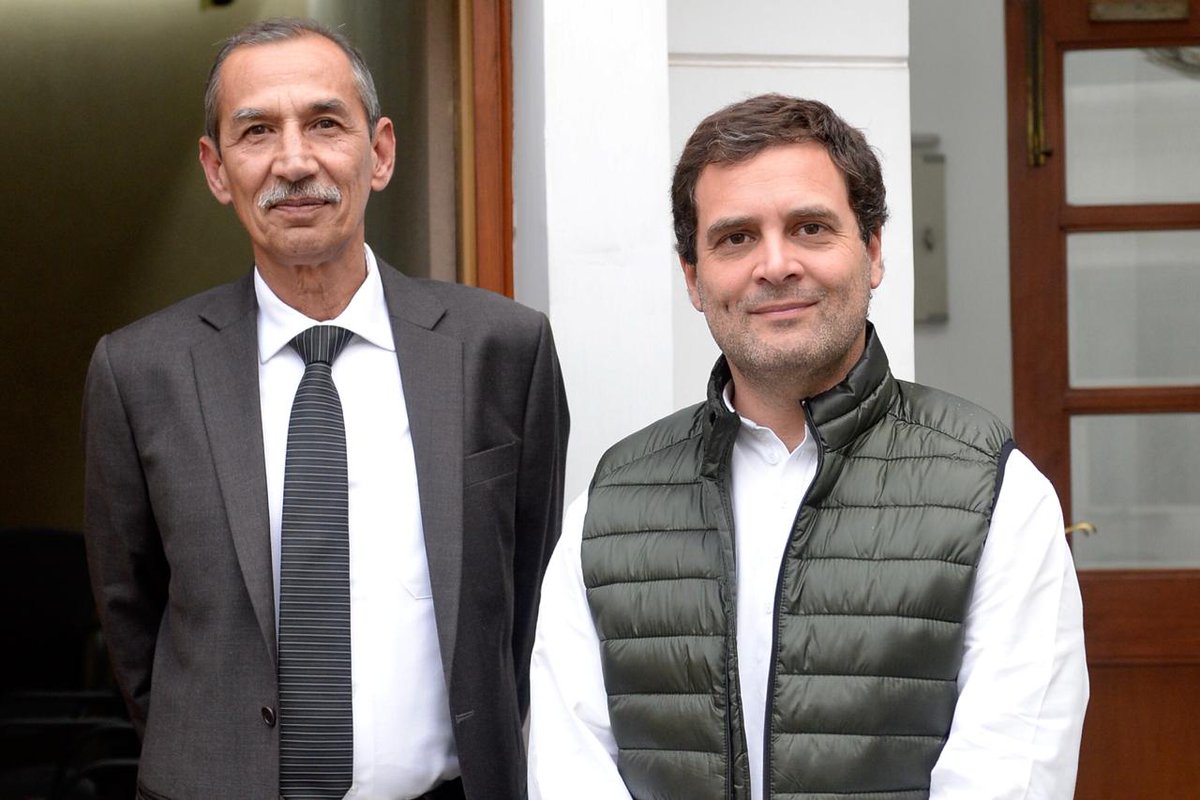 Congress President Rahul Gandhi has set up a task force on National Security to prepare a vision paper for the country ahead of Lok Sabha Polls 2019. The move came days after Pulwama Terror Attack that claimed lives of 40 CRPF Personnel on Feb 14. As per reports,  Lt General DS Hooda (retd), who was the architect of Surgical Strikes, will lead the Task Force and prepare the paper in consultation with a select group of experts.

Lieutenant General DS Hooda is the former General Officer Commanding-in-Chief of the Indian Army’s Northern Command. He was the Northern Army Commander during the ‘Surgical Strike’ in 2016.

Lieutenant General DS Hooda is the former General Officer Commanding-in-Chief of the Indian Army’s Northern Command. He was the Northern Army Commander during the 'Surgical Strike' in 2016. https://t.co/vtHGDmw0hg

Sources familiar with the development claimed that task force will prepare the vision paper with strategies to guard the borders in consultation with a group of experts.

Congress President Rahul Gandhi met the Lt General on Thursday hours after Congress launched a salvo on Prime Minister Narendra Modi over the agency failures that caused lives of 40 CRPF Personnel in the deadliest Pulwama Terror Attack on Feb 14.

Seems like Congress Vision Paper is a counter to BJP‘s agenda, who managed to build up narrative over security and nationalism in the wake of Pulwama Terror Attack.

DS Hooda as quoted by News18.com said, ‘The report would be completed in about a month’s time.’ “The task force will be a mix of experts. Looking at former diplomats, former military personnel and also those who have served in the police in Maoist areas,” Hooda told News18. Adding that the report will initiate the debate on national security issues in India. “It will start a debate on preparing a national security plan for India which we have not had so far,” he said.

However, he denied reports and rumors about him join the Rahul Gandhi led Congress. DS Hooda said, ‘I have not joined the Congress party’ as quoted saying by ANI.

Lt Gen DS Hooda (retd) to ANI on whether he had joined Congress party which has asked him to prepare a report on national security: I have not joined the Congress party. (file pic) pic.twitter.com/K3IId5HvDt

He added, ‘They (Congress) requested me if I could lead a Task Force which will look at our National Security challenges, internal & external, and come out with a vision document that should guide our diplomatic & security policies, say for over a period of the next 5 years’.

‘It’s a task I am happy to do…The Task Force has been set up on the initiative of Congress party, but as far as I am personally concerned, I have not joined the Congress party’ He added.

Lt Gen DS Hooda (Retired), the Northern Army Commander during the 'Surgical Strike' in 2016: It's a task I am happy to do…The Task Force has been set up on the initiative of Congress party, but as far as I am personally concerned, I have not joined the Congress party https://t.co/y2Og4L7dCG

Responding to which Congress countercharged PM Modi and NSA Chief Ajit Doval of not excepting responsibility of agency failure that resulted in deadliest Pulwama Terror Attack. It pointed out that the Jammu and Kashmir police had shared input with all security agencies two days before the attack that a video uploaded online showed that such an attack may be carried out.

Congress Spokesperson Randeep Surjewala on Thursday trained guns towards Prime Minister Narendra Modi and said, ‘the PM did not announce national mourning and even came late when coffins of jawans arrived in the Aiport’ He also questioned why BSF’s proposal of Air Courier was ignored.