The Indian Wire » Politics » Deliberations Still On? Congress to Reach its Workers Seeking Opinion on Poll Tie-up with AAP In Delhi 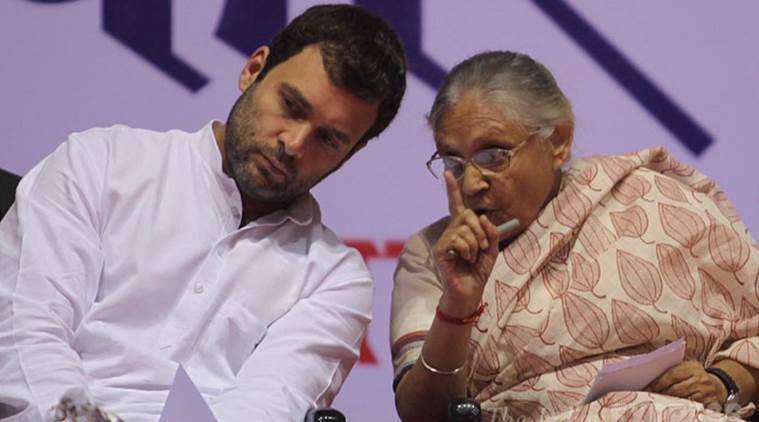 It seems like hopes and deliberations to forge an alliance in Delhi is still on for the Lok Sabha Polls 2019. In a quick turn of events Delhi unit of Congress has now decided to seek the inputs of its booth-level workers whether to go for an alliance with Arvind Kejriwal-led party in the national Capital to take on Bhartiya Janta Party.

It came days after DPCC Chief Sheila Dixit and Congress President Rahul Gandhi formally declined AAP‘s proposal to go ‘Together’ in Delhi in all 7 seats.

Leaders said that the party is planning to reach its workers via an automated call asking them to press keys with yes or no. The automated call will ask its thousands of workers whether Congress should forge an alliance in Delhi. An automated call will be made on behalf of PC Chacko, Delhi In-Charge. On receiving the calls, a caller will hear, “I am PC Chacko. In-charge of Delhi Congress. Should the Congress and AAP form an alliance, to defeat the BJP? Press 1 for Yes, 2 for No.”

The party has planned to reach out at least 52,000 booth workers in its new exercise. Speaking to the Times of India, PC Chacko said that we had taken opinions from Top Brasses including DPCC Chief, Congress Chief and Others, now we want to take opinions from workers now.

READ: After Congress Says ‘No’ to AAP in Delhi; Kejriwal offers Proposal to forge an alliance in Haryana for Lok Sabha Polls 2019

The decision was taken on Wednesday night. It came days it’s National Chief Rahul Gandhi on Monday urged party’s Booth Workers to win all seven seats in the national capital.

Congress has been under pressure from other opposition parties to tie up with AAP in Delhi to avoid Division of Votes. The Maharastra ally of Congress, Nationalist Congress Party led by Sharad Pawar on Thursday (last week) pushed Congress to go with AAP in National Capital for Lok Sabha Polls 2019.

Earlier Shiela Dixit has officially declared not to go with AAP in Delhi in the Upcoming Lok Sabha Polls 2019.