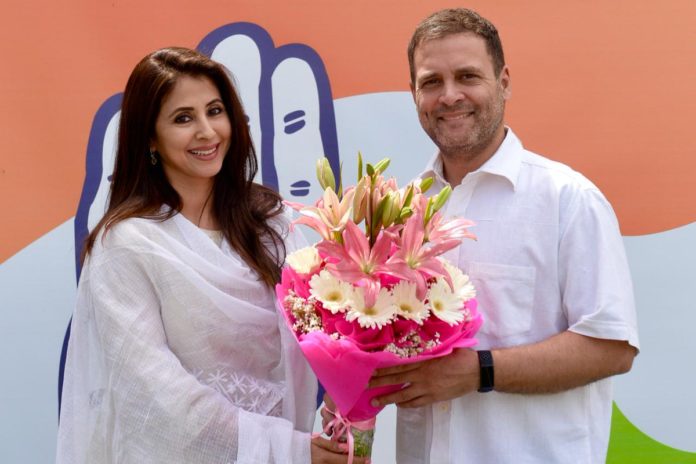 A day after joining Congress, Film Star Urmila Matondkar has been nominated by the party from Mumbai North Lok Sabha Seat in a run-up to the next month’s mega polls. Film Star will take on the Bhartiya Janta Party‘s Gopal Shetty.

‘The Central Election Committee of the Party has approved the Candidature of Urmila Matondkar from the parliamentary Seat of Mumbai North for the Lok Sabha Polls 2019‘ a press release by AICC stated.

Shetty had in 2014 General Elections defeated Former Mumbai Chief of Congress Sanjay Nirupam with a heavy margin of over 4 Lakh Votes. From 2009-2014, Sanjay Nirupam held the seat.

In 2004, Urmila’s longtime cinema colleague Govinda (Ahuja) had in 2004 defeated Ram Naik, 5-time incumbent MP of the BJP by over 50,000 from Mumbai Parliamentary Seat.

Matondkar had on Thursday joined Congress after meeting with the Congress President Rahul Gandhi.

“By joining the Indian National Congress, I am taking my first step in active politics. I have joined films despite coming from an academics-oriented family. I am from a family that has shaped my political views based on the ideology of Mahatma Gandhi, Jawaharlal Nehru, and Sardar Patel, the actor had said after joining the Congress.

Congress in a run-up to the General Elections has forged an alliance with NCP in Maharashtra. The Congress-NCP combine will take on BJP-Shiv Sena combine.

Congress with this has announced a total of 297 Candidates with 22 in Maharashtra out of the 24 allotted to the party in a poll pact with NCP. The party in its initial list has fielded Priya Dutt for Mumbai North Central, Milind Deora from Mumbai South, Sushil Kumar Shinde from Solapur (SC), Sanjay Nirupam from Mumbai North-West, among others.

Maharashtra has a total of 48 Seats and will go to polls in four phases starting from April 11, then on April 18, April 23, and April 29. 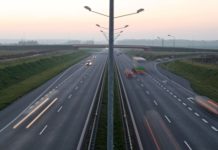