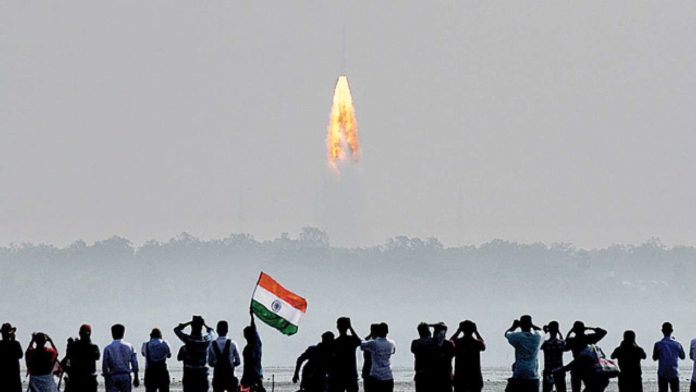 Indian Satellites are capable of mapping 87% of Pakistan’s total 8.8 lakh square km of land, which is about 7.7 lakh square kms of vigilance.

India’s space capabilities provides the armed forces with vital inputs, allowing the forces to be more precise, ready and effective in planning.From the information accessed from the ISRO(Indian Space Research Organisation), it is clear that the Indian satellites keep a continuous watch over Pakistan and provide India with high definition mapping of 87% of its land in HD Images of size 0.65 metre. The inputs are very helpful in operations like ‘Balakot’.

India is capable of mapping 5.5 million square KM of land spread across 14 countries, but the details about China were not immediately available.

“This coverage is just from the Cartosat satellites. There are services that ISRO provides on which we can’t comment,” a source said.

Jitendra Singh, MoS PMO in January 2019, was considered saying that Indian can peep into Pakistan based home’s verandah, it turns out that he was quite serious while saying the statement.

“India’s integrated border management system allows India to look into verandahs and rooms of houses in Pakistan,” he had said.

An Air Marshall’s statement, last week, expresses the force’s satisfaction on ISRO.He said, “Do we need more satellites? Yes. But nearly 70% of our demand has already been met and we are on track.”

There are more than 10 operational satellites in the orbit that are helpful to the military.A few are SAT-7 and GSAT-7A, Indian Regional Navigation Satellite System (IRNSS) constellation, the Microsat, Risat and the most recently, HysIS. Also a series of Cartosat satellites are already in the orbit for the service.

As reported by TOI first, the first major use of the Cartosat satellites had aided India’s surgical strikes across the LOC in September 2016. Cartosat provides ‘area of interest’ (AOI) images based on specific requests. According to the National Remote Sensing Centre in Hyderabad, AOI products are of two types — standard and precision-based ortho (where images taken from space are corrected to have a uniform scale) — both of which are useful for the forces. Ortho rectified products are corrected for terrain distortions and camera tilt effects.

While the first Cartosat was launched in 2005, Cartosat-2A launched in 2007 was the first dual-use satellite with capabilities of monitoring missile launches in India’s neighbourhood. Cartosat-2C, launched in June 2016, have the capacity of recording videos of sensitive targets, compress them, and relay to earth.

ISRO launched a bevy of other satellites for military use in 2018 too.

On 18 June 2016, ISRO set a record with a launch of twenty satellites in a single payload, one being a satellite from Google.

On 15 February 2017, ISRO launched one hundred and four satellites in a single rocket (PSLV-C37) and created a world record.

India’s latest communication satellite, GSAT-31 was successfully launched from the Spaceport in French Guiana during the early hours today on 6th February 2019.