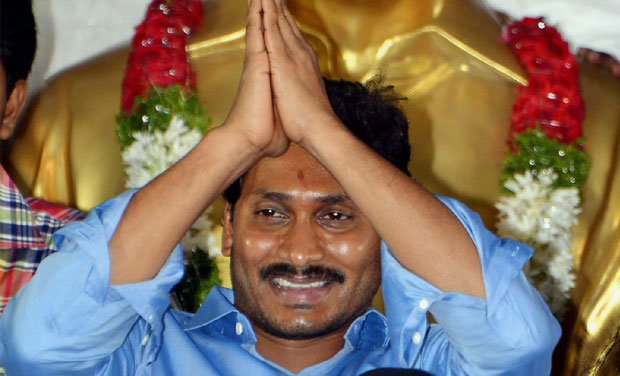 Governor E.S.L. Narasimhan might administer oath to the new ministers in the grounds near State Secretariat at Velagapudi.

Jagan Reddy, who took oath as the chief minister on Thursday, is expected to constitute his ministry at one go.

Jagan, as the YSRCP chief is popularly known, on Friday began meetings to review functioning of various departments. He is identifying the challenges and will accordingly select the ministers.

The first session of the new Assembly is likely to be held in the second week of June.

Election of the Speaker and administering oath to newly elected MLAs will be on the agenda.

Jagan, who is currently operating from his residence, will enter his office at the State Secretariat on June 8.