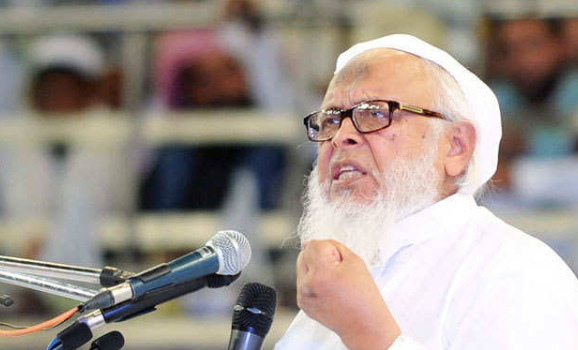 Raising the heat again, a Muslim faction unsatisfied with the Supreme Court’s Ayodhya verdict has decided to submit a review petition. According to the reports, Maulana Syed Arshad Madani (President of Jamiat Ulema-e-Hind) his review petition is almost ready and it will be filed within the next two-four days.

Earlier, the nation’s apex court had pronounced the judgment in a widely-debated issue of  Ayodhya land case. Former Chief Justice of India Ranjan Gogoi-led bench unanimously gave the whole of 2.7 acres land to the Ram Lalla and said that the government has to form a trust that will oversee the construction of a Ram temple at the site. It also allotted a separate land piece (twice the size of disputed land) to the Muslim party (Sunni Waqf Board). The case was heard by a 5-judge constitution bench which included CJI Ranjan Gogoi, Justice SA Bobde, DY Chandrachud, Ashok Bhushan and Abdul Nazeer.

Though the majority of the population accepted the verdict, few sections were still left dissatisfied with the court’s stand. Speaking his mind, Madani told ANI reporters that the “apex court’s verdict is beyond the understanding of many people. The purpose of filing the review petition is not because it is a matter of respect but a religious issue.” He said that his lawyers have drafted the petition. He further added that the mosque was not built on a temple and it is his religious duty to save it.

Previously, the working committee of the Jamiat Ulema-e-Hind had constituted a five-member panel on November 14. The committee included legal experts and religious scholars. It was chaired by Madani. The committee was of the final view that a review petition should be filed in the Ayodhya case.

Meanwhile, Sunni Waqf Board has said that it will not file any review petition as such.

Abdul Razzaq Khan,Sunni Waqf Board: Majority decision in our meeting is that review petition in Ayodhya case should not be filed. pic.twitter.com/pwexHmprHb