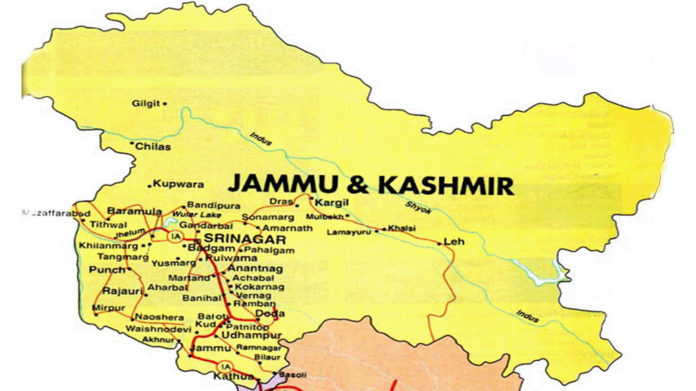 Jammu and Kashmir Reogranizaation Act 2019 has come into effect from today. According to the provisions of the Act, the erstwhile state is now divided into two UTs of Jammu & Kashmir and Ladakh.

The act was passed into giving the effect to the abrogation of Article 370. Center had passed a Presidential order that repealed Article 370 with effect from the 6th August 2019.

To carry on the administration, the Union government also appointed IAS officer Umang Narula as the advisor to the Lt. Governor of Ladakh UT with effect from today.

Indian Administrative Service Officer Umang Narula has been appointed as Advisor to the Lieutenant Governor of the Union Territory of Ladakh, with effect from 31 October. pic.twitter.com/voVqzIIAM3

In another appointment, SS Khandare has been appointed as the Head of Police of Ladakh UT. He will be assuming the charge from today only.

S S Khandare, Inspector General of Police (IPS, J&K, 1995) appointed as the Head of Police of the Union Territory of Ladakh, with effect from 31st October 2019. pic.twitter.com/oFinlLMPlb

Previously, Satya Pal Malik was made to let go of the office of Jammu and Kashmir governor as he was made the governor of Goa. Along with his appointment to a new office, Former Chief Information Commissioner Radha Krishna Mathur was appointed as the first Lieutenant Governor of Ladakh while Girish Chandra Murmu was appointed as the new Jammu & Kashmir lieutenant governor.

Radha Krishna Mathur is a retired IAS officer of 1977-batch belonging to Tripura cadre. He retired as the chief information commissioner (CIC) in November 2018. Before holding the post of CIC, he had also retired as a defense secretary in May 2013.

It is expected that now the delimitation exercise in the region will also be started as the bifurcation process is now done with.