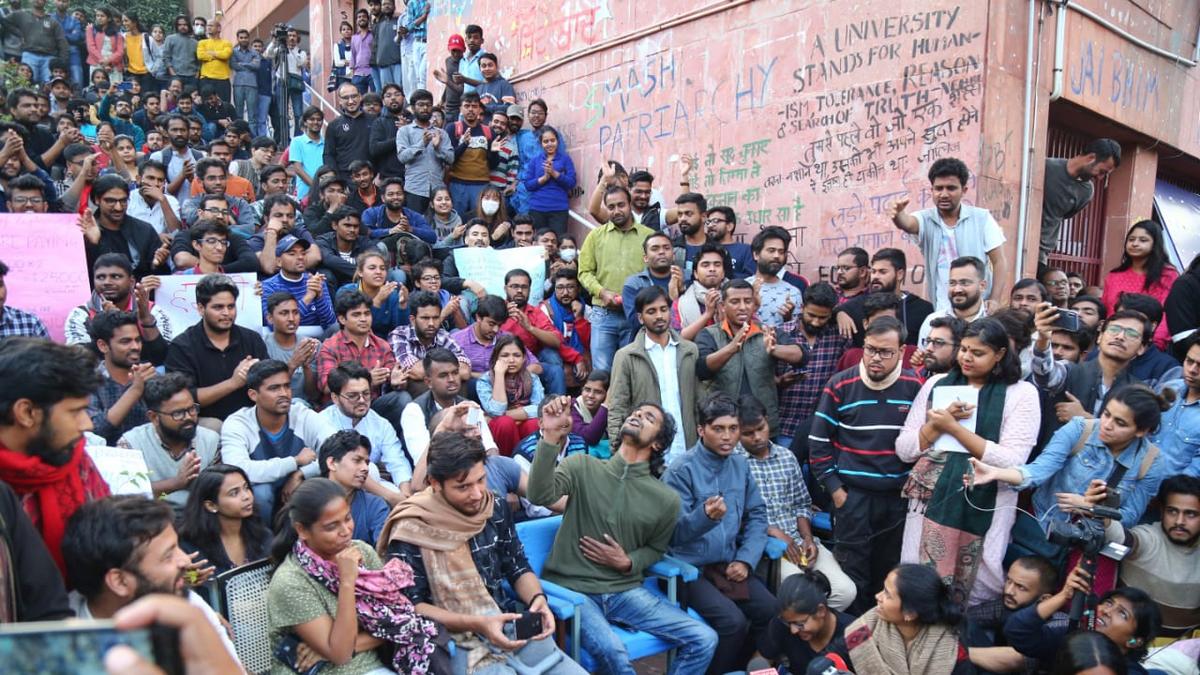 Jawaharlal Nehru University (JNU) administration on Sunday announced the formation of an internal high-level committee to look into the issue of a raise in hostel fee and asked for suggestions from students’ representatives, a move slammed by the students’ union.

A circular issued by the JNU Administration said, “This is for the information of all concerned that a High-level committee has been formed by the competent authority to get suggestions from the student representatives on finding a solution to the hostel issues.”

“…The mail has not been sent to the JNUSU even as government-appointed committees find it common sense to recognize the legitimacy of the elected union,” JNU Student Union said in a statement.

The development comes as the three-member panel, appointed by the Union ministry of human resource development (MHRD) to look into the same matter, is expected to submit its report by Monday.

Following weeks of protests by JNU students, the administration had announced a 50% hostel fee concession for students from the Below Poverty Line category—a move rejected by JNUSU.

The students went on a protest after JNU administration gave its nod to the new hostel manual, including fee hike. As the University administration issued a list of pending mess dues from hostel residents, amounting to over Rs 2.79 crore, a move JNUSU vice-president Saket Moon claimed is ‘an attempt to threaten students’

Moon said the fellowships through which a majority of JNU students pay their dues never come on time, they are disbursed once in either three or six months. “If the UGC and the JNU administration ensure that these are timely, these dues would not accumulate,” he said.

“The JNU administration has brought out this notice fully aware of this reality, and thus, this is nothing more than an attempt to threaten students,” he added.