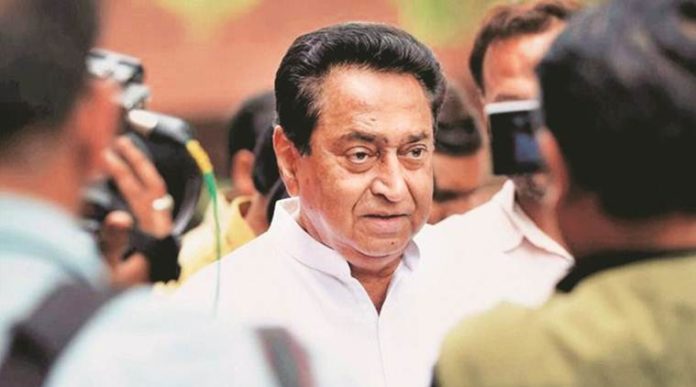 Senior Congress Leader Kamal Nath who took oath as the Chief Minister of Madhya Pradesh on Monday sign the farmers’ loan waiver file immediately after assuming the office. The loans of farmers up to 2 lakhs will be waived off informed Chief Ministerial Office.

Kamal Nath, nine-time Parliamentarian from Chhindwara Madhya Pradesh was picked by Congress on Thursday after hours of Deliberations between Congress President Rahul Gandhi, Kamal Nath and another front-runner Jyotiraditya Scindia, Member Of Parliament from Guna.

Agrarian crisis and farm loan waiver was a critical poll issue for both the Congress and the Bharatiya Janata Party (BJP) ahead of the recently concluded state assembly elections.

Rahul Gandhi immediately after the decision tweeted and indicated that Party will do same in Rajasthan and Chhattisgarh.

Earlier While Campaigning Rahul Gandhi had racked up the BJP by announcing waiver in Mandsaur while attending the condolence met of six farmers killed in police firing in June this year.

According to Reports, farmers in the state had stopped repaying their loans on the backdrop of Congress pre-poll promise.