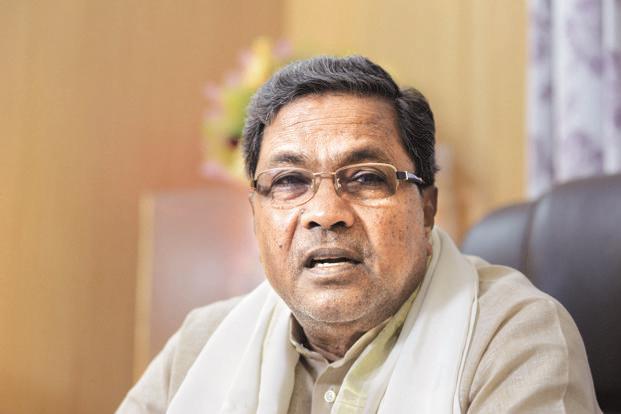 In a major move, Congress party demanded the resignation of Karnataka Chief Minister BS Yeddyurappa over his remarks on the Congress and JD(S) MLAs decision to quit the government.

A video recently surfaced in the media that shows BS Yeddyurappa issuing comments on the toppling of state government. According to the video, he said that “the decision of the 17 JD-S and Congress MLAs to resign, which led to the fall of the HD Kumaraswamy-led government in July, was taken by the central leadership of the BJP and that the party worker should honor the “sacrifice” of the rebel MLAs“.

In this regard, Karnataka Pradesh Congress Committee also submitted a memorandum to Ram Nath Kovind seeking the removal of BS Yeddyurappa and Home Minister Amit Shah. It has been alleged that the role of Amit Shah was also significant in the collapse of the Karnataka government. Along with the memorandum, a pen-drive of the mentioned video of Yeddyurappa has also been enclosed.

Bengaluru: Karnataka Pradesh Congress Committee has submitted a memorandum to President Kovind through Governor of Karnataka demanding dismissal of Government of Karnataka led by BS Yediyurappa & Home Minister Amit Shah from council of ministers "in the interest of democracy". pic.twitter.com/706AKSSTJu

Karnataka Congress chief Dinesh Gundu Rao had also alleged that the BJP’s central leadership was involved in toppling the coalition government of BJP and JD-S. Congress leader SG Siddaramaiah also said that the alleged leaders of the saffron party have no right to hold their constitutional post.

Siddaramaiah, Congress on alleged video of Karnataka CM BS Yediyurappa related to poaching of MLAs: What he & Amit Shah did was conspiracy to murder democracy & a violation of the Constitution. Both the Chief Minister and Home Minister have no right to hold a constitutional post. pic.twitter.com/RnKUToWYvP

Replying on the matter, Chief Minister BS Yeddyurappa said that Siddaramaiah is just trying to take advantage of the situation.

Karnataka CM BS Yediyurappa: Foolishness! Being an Opposition party leader, he doesn't know what he is speaking. Why should Amit Shah resign? He speaking like that shows that he, being in the Opposition, wants to take an advantage of it (the situation). https://t.co/hKMeYmkI2u pic.twitter.com/BJhrfJnp7o

HD Kumaraswamy government collapsed after it failed to win the trust-vote after 17 MLAs of Congress and JD-S resigned. Following it, the MLAs were disqualified by Karnataka Assembly speaker Ramesh Kumar.

Due to the disqualification of the MLAs, the matter is still under the hearing of the country’s top court. Owing to this, the Election Commission had postponed the date of by-polls to December 5.