Synopsis: The pleas moved by the victim as well as the prosecution were denied by the Bench of Justice VG Arun.

On Friday, the Kerala High Court rejected to transfer the trial from the judge currently hearing the case to another judge in the abduction and assault case in which Malayalam actor Dileep is an accused.

The Bench of Justice VG Arun rejected the victim’s plea as well as of the prosecution, demanding the transfer of the case from the present trial court, alleging the judge’s bias. Before an Additional Sessions Judge, Ernakulam, the trial is pending.

The appeal of the prosecution for a stay on the order for a week to allow them to approach the Supreme Court was also denied by the court, which claimed that allowing the same would not be reasonable.

It was the case of the prosecution and the victim that the continuation of the proceedings would defeat the interests of justice before the current judge.

Before the additional Sessions Judge itself, the victim and prosecution had earlier filed a motion to stop the trial and had sought leave to move the High Court, but it was dismissed on October 23. This has given rise to the present plea before the High Court.

By having her abducted, sexually assaulted and photographed, Dileep and his associates are being prosecuted for hatching a plot to take revenge on a female actor in the Malayalam film industry. 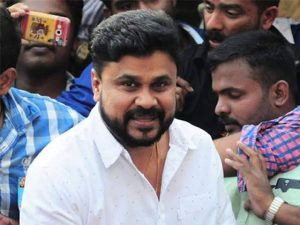 Six people have been detained and are identified as accused in the case. It was reported that in Dileep’s separation from his former wife, the victim had a role to play.

The prosecution in the case, headed by Special Public Prosecutor, A Suresan, had expressed its protest on October 16 over the derogatory remarks made during the hearings by the Additional Sessions Court Judge.

Senior Advocate S Sreekumar, appearing for the victim in the High Court, claimed that about 20 lawyers were present in the courtroom during one instance despite restricted entry, all of whom noted her demeanour and made her repeat statements again and again, even when the trial was in camera proceeding.

“There was little done to stop this,” stressed the Senior Advocate.

Instances of irregularity were also highlighted by the prosecutor, such as where copies of certain forensic reports were issued to the prosecution and the victim was dispensed with.

He submitted that this is a rare situation where even the defence claims prejudice on the part of a criminal proceeding.

The Court also pointed out in today’s order that the prosecution did not raise timely objections to the way in which the victim was questioned and cross-examined.

The extended duration of the cross-examination was due to the closing of the courts in the midst of the pandemic and to the wait, under the order of the Supreme Court, for some forensic reports requested by the eighth accused, Dileep.

The Court also found no proof to prove that, as was claimed by the defence, the Judge had publicly reprimanded one of the prosecution witnesses.

Hence, the transfer requests were rejected on the basis of the above mentioned grounds.