The Indian Wire » News » Karunanidhi Passes away at 94; breathed last at 6:10PM in Kauvery Hospital 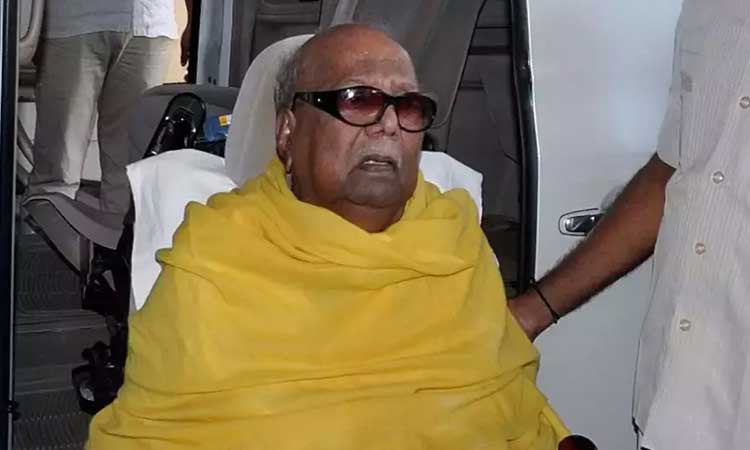 DMK Chief Karunanidhi has passed away at Kauvery Hospital in Chennai, where he was admitted for last few days. Earlier in the day, the hospital has released a health bulletin stating that the DMK leader was very critical.

He was brought to Kauvery hospital on July 26 after the reports of Urine infection. Doctors had reported multiple organ failure and had stated that the next 24 hours would be very critical.

The state administration has been keeping a close eye on the situation across the state and especially, in the capital city of Chennai.

Prime Minister Narendra Modi has offered his condolences to the family and fans of Karunanidhi. In his tweet, PM said,

Kalaignar Karunanidhi stood for regional aspirations as well as national progress. He was steadfastly committed to the welfare of Tamils and ensured that Tamil Nadu’s voice was effectively heard. pic.twitter.com/l7ypa1HJNC

Karunanidhi’s mortal remains will now be taken to Gopalapuram at his residence.