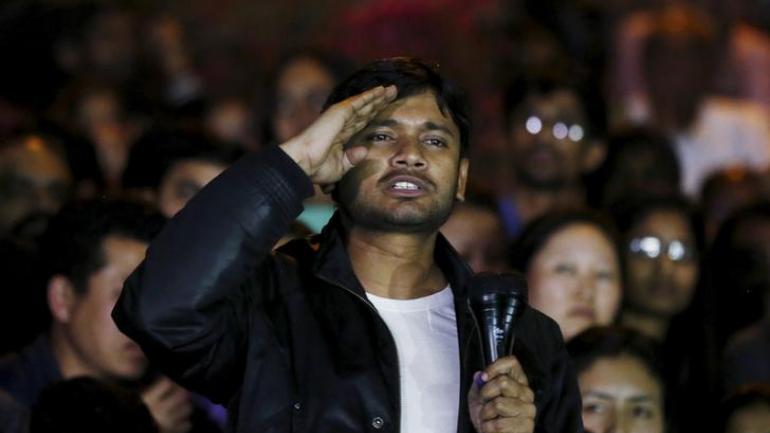 The opposition Grand alliance in Bihar announced its seat-sharing formula for all 40 Lok Sabha seats in the state for the forthcoming Lok Sabha Elections to be held from 11th April.

The RJD(Rashtriya Janata Dal) is set to contest on 20 seats and the Congress on 9.

JNU Student’s Union President and prominent youth face in the left brigade, Kanhaiya Kumar previously claimed to contest from Begusarai constituency under the banner of CPI-M(Communist Party of India- Marxist) but his name is seemed to be missing from the declared list of 40 candidates.

Earlier, this month, the CPI said that it would accept nothing less than 3 to 4 seats for the Lok Sabha Elections, under the seat-sharing formula of the Grand Alliance. However, only 1 seat is allotted to the Left Front, out of RJD’s quota of 20 seats.

CPI State Secretary, Satya Narain said that the Grand Alliance has betrayed them.

Also, reiterated that the Left Front intends to contest from Begusarai and said that both the CPI and Kanhaiya were ready.

As said by sources, the Congress was keen to align the Left Parties in the ‘Mahagathbandan‘ but the RJD was of the contrary view.

CPI State Secretary claimed that there was an ‘anti-Kanhaiya’ caucus in Delhi. Also said that RJD affiliates in JNU do not want to see Kanhaiya become a Parliamentarian.

Also believed that Kanhaiya Kumar could be a big ‘obstacle’ for the Former Deputy CM of Bihar and hence he was not given the ticket to contest from Begusarai for the upcoming Lok Sabha.

Kanhaiya’s firebrand and fierce stance made him popular, but it might also become the threat on his political debut.

Sanjay Kumar, Director of Centre for the Study of Developing Societies and an Electoral Politics researcher, believes that the Congress alliance wanted to stay away from the radicalism that Kanhaiya Kumar represents.