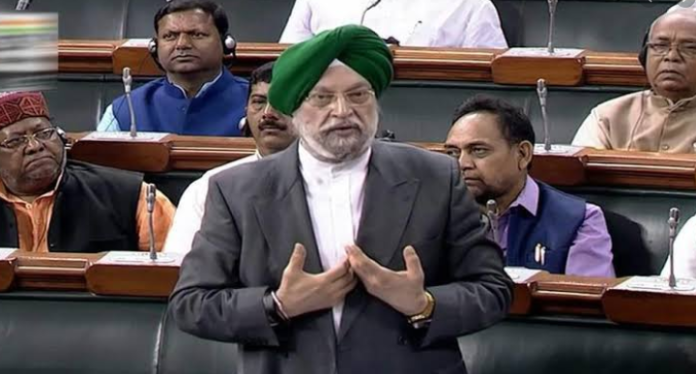 Lok Sabha approved the passage of NCT of Delhi (Recognition of Property Rights of Residents in Unauthorised Colonies) Bill, 2019 on Thursday that seeks to provide ownership title to over 40 lakh people in unauthorized colonies in the national capital. Housing and Urban Affairs Minister Hardeep Singh Puri said that the bill will certainly change the face of Delhi.

Laying down the provisions of the bill, Hardeep Singh Puri said that the bill comes with the fixed timelines for achieving the task to provide ownership rights to over 40,000 people living in 1,731 unauthorized colonies. Digital maps of the unauthorized colonies will be uploaded by the end of this year and a dedicated portal will also be created by December 16 for the registration. As quoted by ANI, he said, “The maps are being uploaded on a new
website. We are not going only by satellite data, we are putting boundaries. The RWA (Resident Welfare Associations) will be given 15 days to respond.”

Speaking in the house, Hardeep Singh Puri also slammed the Chief Minister Arvind Kejriwal-led AAP government of “creating hurdles” in the process of giving ownership rights. He also slammed the Kejriwal administration for its “half-hearted attempts“.

Speaking on the passed bill, Delhi Congress president Subhash Chopra said, “The Bill is a fraud, it has nothing for regularisation of colonies. The BJP is least bothered about helping residents of these colonies and is focused on getting their votes in Assembly elections due early next year.” The minister also denied the claims of opposition parties that raised the issue that the bill was being brought out to gain an advantage in the next electoral season.