The 3-day journey is scheduled to be traveled in a steamer- boat by Priyanka Gandhi Vadra, Congress General Secretary for Eastern UP.

Preparations were seen in the Manaiya Ghat in Prayagraj for Priyanka Gandhi Vadra’s ‘Ganga-Yatra’.

Her move to meet Azad was seen as an attempt to reach out Dalit voters in the state.

Ever since Priyanka Gandhi been appointed as the General Secretary for Eastern Uttar Pradesh, she had intensified her efforts to revive the Party in the state that sends maximum number of parliamentarians to the Lok Sabha.

Congress after being dropped from SP-BSP alliance has intensified its UP hunt. The Rahul Gandhi-led Party has recently sealed poll tie-ups with Apna Dal(Krishna Patel), Jan Adhikar party and Mahan Dal.

Also speculated that, SP party rebel Shiv Pal Singh Yadav, once a Minister in Akhilesh Yadav’s Cabinet is in talks with Congress to take on BJP and SP-BSP in Uttar Pradesh.

Sources further revealed Congress may give 10 to 12 seats to Shiv Pal’s PSPL(Pragatisheel Samajwadi Party Lohia) in Avadh region of the state which has good amount of Yadav voters. 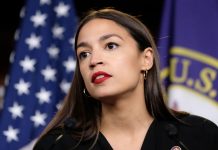 IPL 2020: 11 held for betting on cricket matches in Prayagraj, Gurugram and Hyderabad