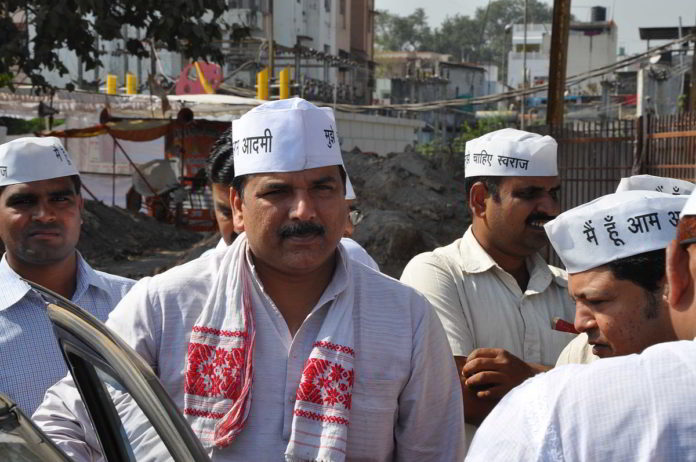 Putting an end to the speculation on Wednesday over the Congress– AAP alliance in Delhi, Haryana, and Punjab, Arvind Kejriwal-led Aam Aadmi Party senior leader Sanjay Singh rejected the Congress’ offer of an alliance in any given states. He added that all routes to the Congress-AAP alliance have been shut down and Congress will benefit BJP by its actions.

The senior AAP leader said, “Congress party is not in favor of forging an alliance with AAP which in turn will benefit BJP. AAP shall contest on all the seven seats in Delhi and win them.” He said that no further conversation with AAP over the alliance will be accepted.

The AAP leader said that “In Punjab, AAP has four MP and 20 MLAs and yet a single seat was not given to us. In Chandigarh, our party achieved a total of 1.30 lakh votes and yet again, no seat is given to us. In Goa, AAP got six percent of the votes, no seats have been given there too. Congress is absent in Delhi and still, they want us to give three seats.”

The All India Congress Committee (AICC) in charge of the Delhi Congress, PC Chacko welcomed the statements by Sanjay Singh and said he has nothing against the decision. He said that the talks were motivated in the view that AAP and Congress cannot defeat BJP contesting separately.

The first phase of the Lok Sabha elections has begun today, April 11. The elections will continue till May 19. The counting for the votes is scheduled on May 23.

Congress Rules out alliance with AAP in Haryana, Punjab for Lok Sabha Polls; Alliance in Delhi under speculation